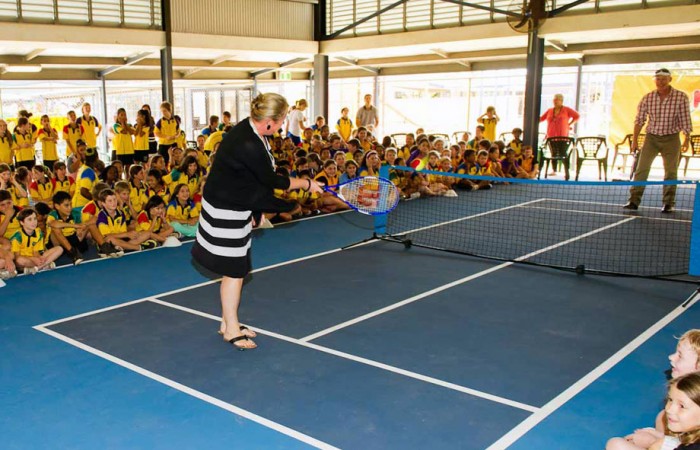 “Nightcliff Primary is leading the way for other schools around Australia to follow in their footsteps,” Fitzgerald said.

“The students will have lots of fun playing MLC Tennis Hot Shots on their new courts during their playtime and sport classes … and what I love most about these new courts is that they are built undercover in a hangar style complex, which means rain or shine the kids can play.”

Fitzgerald’s visit to Darwin is part of his role as Tennis in Schools Ambassador.

“It gives them the chance to play tennis on [a] reduced sized court using racquets that fit their small hands and balls that don’t bounce too high, enabling immediate success,” he added.

Construction of these courts was a joint venture between Nightcliff Primary and Tennis Australia’s National Court Rebate Scheme.

To date, the National Court Rebate Scheme has seen 1284 full-sized tennis courts built or resurfaced since 2008, and more the $13 million provided in funding by Tennis Australia for facilities upgrades nation-wide.

Current world No. 5 and ambassador for the National Court Rebate Scheme, Sam Stosur, said it is a very exciting time for tennis in Australia.

“Building tennis courts in communities and schools are the best way to continue stimulating tennis at the grass roots level and I want people to be able to discover tennis in their own neighbourhood.

“Schools are such an intrinsic part of communities and my hope is that these upgrades will encourage even more people to get out and enjoy the game and get the same amount of enjoyment from tennis as I have.” 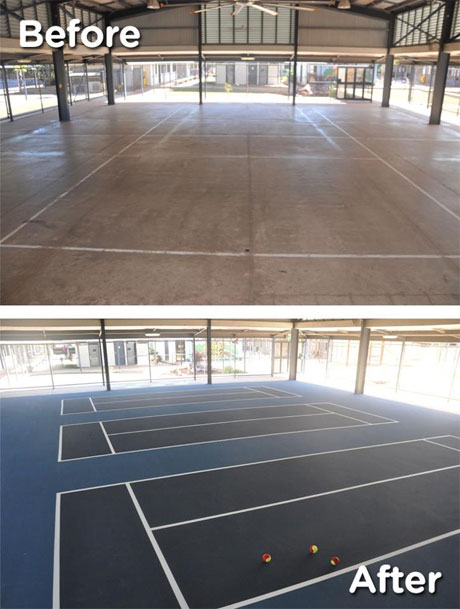