In the lead-up to the Olympic tennis event, Sam Stosur has been enjoying time out of the spotlight as she prepares to launch her campaign for a prestigious medal. 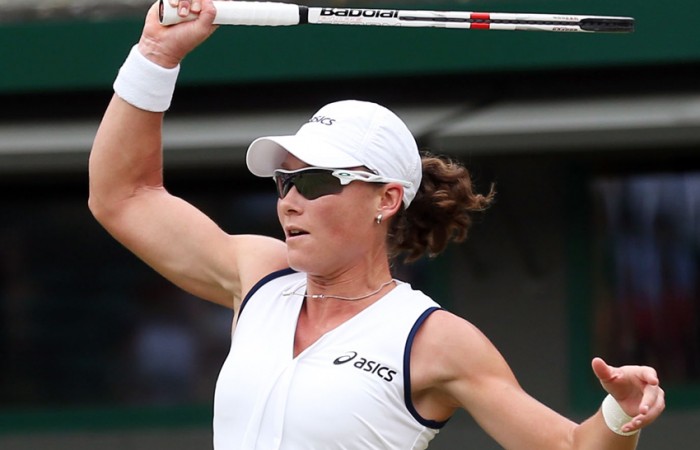 Like most players, Sam Stosur plays her best tennis when expectation is not a burden and when she is afforded the luxury of flying under the radar. And in the lead-up to the 2012 London Olympics, that’s exactly what she has done.

All the focus the women’s Olympic tennis event, to be held on grass at the All England Club, has been on recently-crowned Wimbledon champion Serena Williams. The American is the hot favourite heading into the event beginning on 28 July, a status enhanced by her win at the WTA Stanford event shortly after The Championships. Another popular pick is 2011 Wimbledon winner Petra Kvitova, ever dangerous on grass and a formidable competitor when representing the Czech Republic.

Yet Stosur, the world No.5, has barely rated a mention. It’s no secret that grass is her least-favoured surface, a point reinforced by her early exit at Wimbledon this year. In two previous appearances at the Olympic Games – Athens in 2004 and Beijing in 2008 – she was unable to pass the second round.

Stosur wasn’t even in London at the time of writing – she had returned to Sydney.

“I have been in Sydney for [more than] two weeks now. I decided to come home after Wimbledon to take some days off then get stuck into the training. It was a good decision even more so because the weather has been so terrible over in London that training would have been difficult. I have practiced once a day and done some sort of fitness or gym session each day,” she revealed.

It’s a move that will no doubt benefit Australia’s top-ranked charge. Enjoying the chance to return to her home near the beach, get outdoors and be active, Stosur has divided her training time between Olympic Park in Homebush and community courts in the inner-Sydney suburb of Surry Hills. When she returns to London, she’ll be fresh and ready to go.

Representing their country adds a new layer of pressure for athletes, especially for tennis players who generally compete for themselves. Stosur, to her credit, has handled this situation brilliantly throughout her career. A fabulous Fed Cup win-loss record of 29-9 – 23-9 in singles and a sparkling 6-0 in doubles – is evidence of that.

She will have two chances to continue her winning ways when donning the green-and-gold at the Olympics. She is entered into both the singles and doubles events, the latter with Casey Dellacqua.

Stosur says she would love to win a medal, but recognises that it will be extremely tough to get onto the dais come the end of the tournament.

“It is almost like playing another Grand Slam so the main goal just has to be to play well and put yourself in a position to do well, and if you get the chance then make sure you take it,” she says.

“Casey is a great partner. We have played a few tournaments this year and the best we have played was just [recently] at Wimbledon so hopefully that’s a good sign. It is always a great feeling representing your country and to be part of such a big team, not just tennis, is very unique for us so it is very enjoyable.”

Should she enjoy a stellar run at London 2012, it’s highly unlikely Stosur will fly under anyone’s radar again.