Aussies in action this week

Australians are out in force competing in tournaments around the world this week. 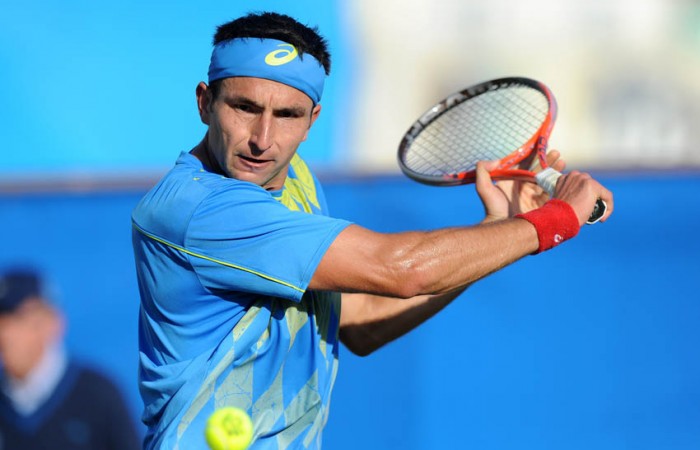 Australians are out in force competing in tournaments around the world this week.

Current Australian No.1 and world No.45 Bernard Tomic received a wildcard into the Credit Agricole Suisse Open in Gstaad, Switzerland. Tomic, who is seeded eighth, will face Benoit Paire of France in the first round.

Matt Ebden and Marinko Matosevic have made their way to the United States for the US hardcourt swing where they are contesting the BB&T Atlanta Open. Matosevic has drawn Luxembourg’s Gilles Muller, while Ebden will play a qualifier in the first round.

A strong contingent of young Australian players who are working their way towards the top 100 have made their way to the Banque Nationale Challenger in Granby, Canada.

Meanwhile, boom server Sam Groth has made his way to the ATP Challenger China International in An-Ning, China. Groth will take on Yong-Kyu Lim of Korea. Groth is joined in the main draw by countryman Adam Feeney, who will face a qualifier in the opening round.

Zach Itzstein is in India at the F10 Coimbatore event where he will play local qualifier Aaditya Tewari in the first round.

On the women’s circuit, Jarmila Gajdosova takes on fifth seed Christina McHale in the opening round of the Mercury Insurance Open.

Monique Adamczak and Jessica Moore are both contesting ITF events in Campos Do Jordao, Brazil, and Knokke, Belgium, respectively.

> View the Compos Do Jordao draws