Andrew Harris and Nick Kyrgios have backed up last month's French Open boys' doubles title by capturing the Wimbledon boys' event at the All England Club. 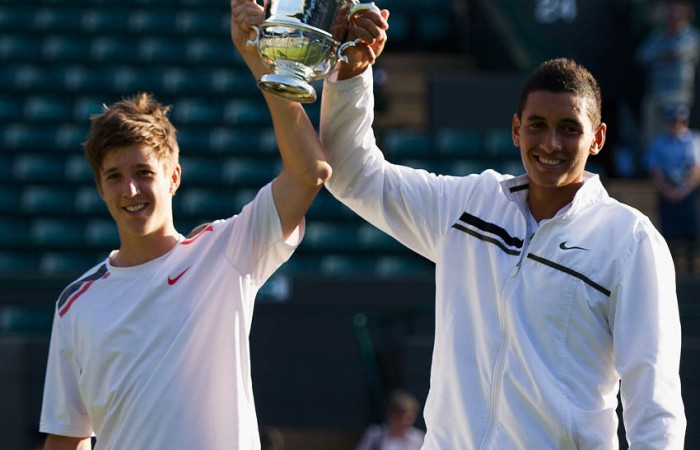 Nick Kyrgios and Andrew Harris have won their second junior Grand Slam title in a matter of weeks after claiming the boys’ doubles event at the Wimbledon Junior Championships in London on Sunday.

‘’It feels amazing to be able to back up the French [Open] and win at Wimbledon on a bigger stage. It was a great experience and we’re stoked,’’ said Harris.

‘’I was a bit more nervous here than at the French Open because we were playing on a bigger court but it sort of hit me when we came out and the whole crowd was clapping.”

“After the warm up and the first couple of games passed we focused on what we had to do out there and in the end we got the win,’’ added Kyrgios.

Kyrgios and Harris are the sixth Australian pair to win the boys’ doubles title at Wimbledon with Ben Elwood and Mark Philippoussis having last done so in 1994.