Luke Saville lost the final of the boys' singles at Wimbledon to Filip Peliwo. 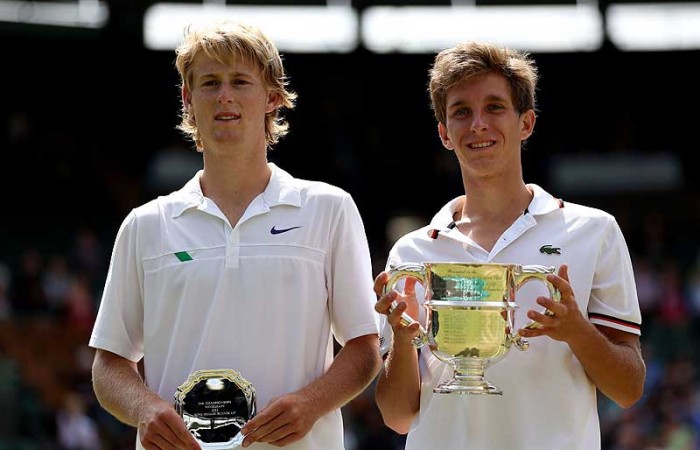 Wimbledon boys’ champion Luke Saville has called for patience as he treads the treacherous path from the juniors to the men’s tour.

He urged the Australian sporting public not to expect him to make an immediate impression like compatriots Lleyton Hewitt and Bernard Tomic did at a young age.

The South Australian teenager failed in his bid to become the first player in nearly four decades to win back-to-back boys’ singles titles at SW19 on Sunday.

When asked if he had played his last junior grand slam tournament, Saville said: “I think this might be it.”

The 18-year-old has played a handful of matches on the second-tier of the men’s tour and felt it was time to start testing himself against the big boys.

“You have to understand it is a long road and there are thousands of players out there,” he said.

“I have a good platform.

“It is not always set that if you are a good junior that you go on to do great things but I am hoping in my case I can keep on improving.”

Saville said he had taken some heart from the manner in which Tomic had adjusted to the big time.

“He is a great talent, amazing talent,”Saville said.

“If I am, that is amazing but if by this time next year I am maybe top 150, that would be a good improvement and transition.”

Saville had been attempting to become the first player since American Billy Martin in 1974 to win the title on consecutive occasions.