Kyrgios into third round

Nick Kyrgios is through to the third round of the Wimbledon boys' singles event following a straight-sets win overnight. 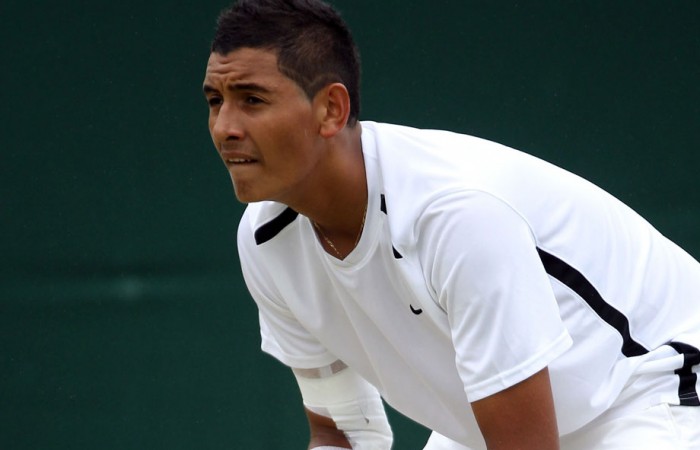 Nick Kyrgios is through to the third round of the Wimbledon boys’ singles event following a straight-sets win overnight.

Kyrgios defeated 10th seed Mateo Nicolas Martinez in straight sets, 7-6(8) 6-4 on the back of another good serving performance.

The Australian won 83 per cent of his first serves, including 10 aces, and didn’t drop serve for the match. Martinez conceded just one break point in the second set, which was enough for Kyrgios.

Both players faced just two break points for the match, with Kyrgios defending both chances against him in what was a close affair.

Kyrgios will play Japanese seventh seed Kaichi Uchida in the third round for a place in the quarterfinals.

Jordan Thompson and Luke Saville’s matches were both cancelled due to rain. Thompson was due to play Frederico Ferre Silva while Saville will face Romania’s Stefan Vinti in the second round.

A number of Australian players feature in the junior doubles events, which is due to begin tonight.