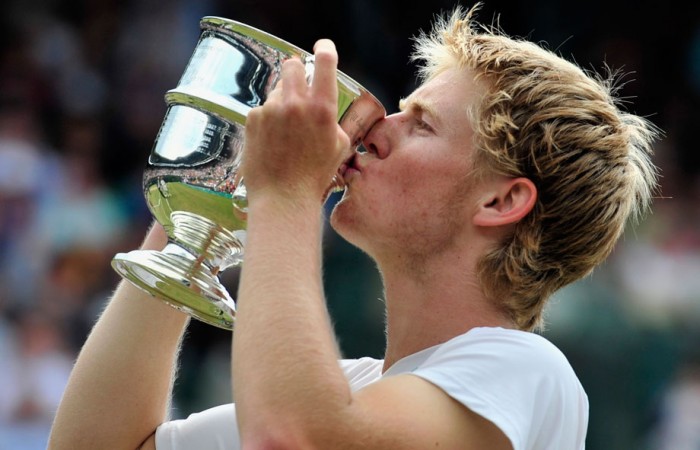 Saville, the top seed in the boys’ draw, is set to play France’s Laurent Lokoli. Lokoli, currently ranked No.69 in the ITF junior rankings, defeated Saville 5-7 7-6(1) 6-3 last week at the AEGON Junior International in Roehampton, so will enter the match feeling confident. Saville, on the other hand, will be looking to get one back on the 17-year-old right-hander.

Lokoli also defeated another Australian, Nick Kyrgios, in the semifinals before falling in the final.

By chance, Kyrgios is also in Saville and Lokoli’s half of the draw at Wimbledon. Kyrgios, currently the 18th-ranked junior in the world, will play Greece’s Markos Kalovelonis. The 18-year-old from Marousi is ranked No.41 in the juniors.

In the other half of the boys’ draw is Australian ninth seed Andrew Harris. He will take on France’s Enzo Couacaud in what will be the pair’s first meeting. Harris has had a great season in junior doubles and will be hoping that he can translate some of that success to the singles event at Wimbledon this week.

Rounding out the boys’ contingent is Jordan Thompson who will kick off his Wimbledon campaign against local hope Jonny O’Mara.

In the girls’s singles, Storm Sanders faces a tough task in the opening round. She has drawn sixth-seeded Czech Katerina Siniakova.