The ITF has announced the full list of entries for the London 2012 Olympic Tennis Event. 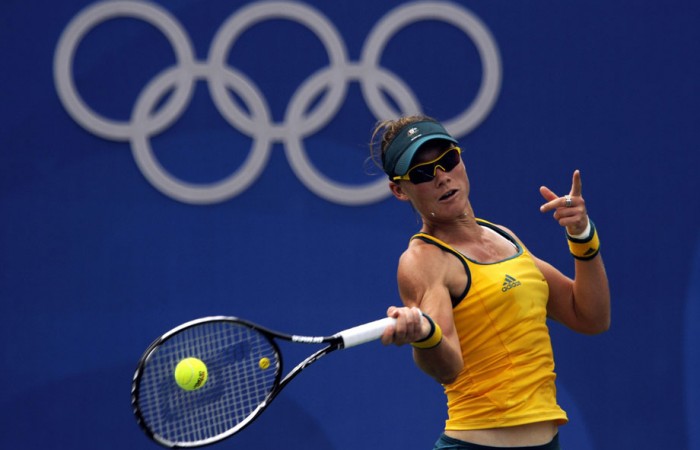 The ITF has announced the full list of entries for the London 2012 Olympic Tennis Event.

Headlined by Sam Stosur and Bernard Tomic, a group of six Australians will contest the 28 July to 5 August event at Wimbledon.

Tomic and Lleyton Hewitt will represent Australia in the men’s singles, Hewitt gaining entry after receiving one of eight ITF places, while Stosur is Australia’s lone entry in the women’s singles event.

In the doubles, Jarmila Gajdosova will team with Anastasia Rodionova, while Casey Dellacqua and Stosur will play together. There are no Australian men in the doubles event.

The event will field the strongest ever list of players including world No.1s Novak Djokovic and Maria Sharapova, along with 19 of the world’s current top 20 in both the men’s and women’s event. Mardy Fish and Marion Bartoli will not play.

Direct acceptances are based on players’ singles rankings as at 11 June 2012. Each country is limited to four singles players per gender and nations are able to nominate up to two doubles teams per event, with a maximum of six players per gender per country in total.

The men’s and women’s doubles draws will be contested by 32 teams – 24 direct acceptances and eight ITF places. Direct acceptances for the doubles event were based on the combined world rankings of each team on 11 June.

Mixed doubles will make an appearance at the Summer Games for the first time since 1924. Entries for the 16-team event will be determined on site from those players already participating in singles or doubles.

Tennis was first part of the Olympic Games in 1896 but withdrew from the Olympics following the 1924 Paris Games. The sport returned as a demonstration event at Los Angeles in 1984 and as a full medal sport at 1988 Seoul.