In this edition of our Friday 10 to 1 series, we take a look at some of the more interesting and famous habits of tennis players, both past and present. 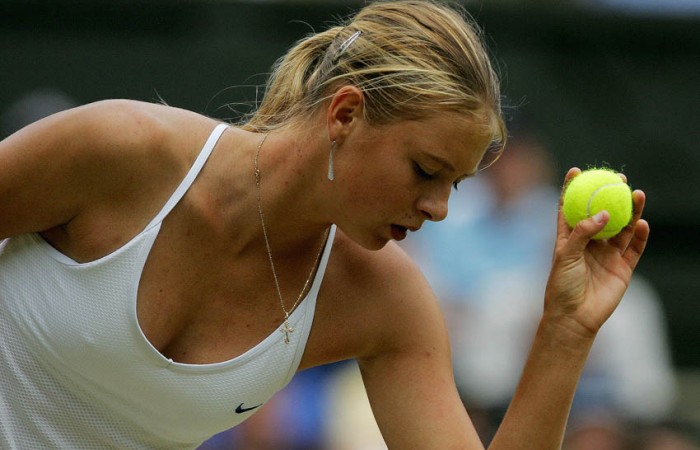 Forced to fend for themselves on the court and remain mentally focused, tennis players often develop rituals and habits that give them a sense of control. Here’s ten of the more well-known player habits that have become famous the world over.

1. Rafael Nadal – knicker-picking
Let’s kick off with one of the more idiosyncratic players out there. Rafael Nadal is famous for his on-court rituals, including his boundless energy and full-burst zig-zag run to the baseline in the pre-match warm-up and his meticulous arranging of his water bottles beside his chair at each change of ends. But the most curious habit is his propensity to adjust his underwear before every serve. A move that has developed a cult status, it prompted website Tennis Now to devote a photo-montage to the habit.

2. Victoria Azarenka – pre-match music
The Belarusian has gone from strength to strength in 2012, winning her first major title and rising to world No.1. Much of the improvement can be attributed to her mental strength and intense focus, no doubt enhanced by her pre-match routine of warming-up to music. Azarenka looks like a prize-fighter these days when she enters arenas, swaggering on court with her headphones on and hoodie up. At the 1:30-mark of this video, you can hear Vika discussing how it helps her.

3. Marion Bartoli – footwork
Bartoli is known for her unorthodox on-court habits, many of which are related to improving her footwork. Coach and father Walter has drilled a series of pre-service routines into his daughter – including bouncing up and down on the baseline and running on the spot – designed to make the naturally flat-footed Frenchwoman quick and light on her toes. One of the more bizarre exercises can be seen here in a practice session.

4. Ivan Lendl – saw-dust
In one of the more unusual habits for a tennis player, eight-time Grand Slam champion Ivan Lendl would cram his pockets full of saw-dust and use this between points to apply to his racquet handle to improve his grip.
» Watch Ivan Lendl and the Sawdust

Serbian glamour Ana Ivanovic is an intense personality on the court, highlighted by her habit of celebrating a winning point with her trademark fist-pump and call of “ajde!”, Serbian for “come-on!”. This little tribute video shows a compilation of Ivanovic’s cries, exciting to fans but perhaps a little grating on her opponents. It has certainly annoyed compatriot Jelena Jankovic, judging by JJ’s reaction following her defeat of Ivanovic at the 2010 Madrid Masters (second video).


6. Kim Clijsters – sliding on hardcourt
Although several players practice the trade these days, Belgian Kim Clijsters was the pioneer of the slide on cement, a move never before seen outside of a claycourt. Clijsters’ speed, flexibility and elasticity already makes her one of the best movers on tour, but her ability to slide and stretch for balls on hardcourt – which never ceases to draw “oohs” and “aahs” from Centre Court crowds – makes it almost impossible for her opponents to get a ball by her. Here’s a look at one of her more drastic moves in a match against great rival Justine Henin.

7. Novak Djokovic – ball bouncing
Although he’s reduced it over the years, Novak Djokovic has the propensity to bounce the tennis ball an extraordinary amount of times as he prepares to serve. It acts as mental preparation for the Serb, and tends to become more drawn out if the match is poised at a crucial stage, evidence by the two videos below.

8. Mary Pierce – service ritual
Once described as “faffing” by a commentator, Mary Pierce’s series of preparatory habits as she lined up to serve meant she exceeded the allocated 30 seconds between points by about 10 minutes. The chain fiddling, ball bouncing, finger blowing and long gaze at her opponent across the net were all part of the dramatic performance Pierce would play out before every serve. You can see all of these habits – plus several other of Pierce’s idiosyncrasies – in this tribute video to the flamboyant Frenchwoman.

9. Pete Sampras – slam dunk smash
For a player frequently labelled as boring, there was nothing beige about Pete Sampras’ habit of leaping in the air to play his trademark “slam dunk” smash, which thrilled the crowds while crushing the spirit of his opponents.

10. Maria Sharapova – routine between points
Although you see many players with their individual ritual between points, Maria Sharapova is quite possibly the first player to popularise the slow, steady, deliberate and repetitive preparation before serving  that is now so common in professional tennis. Since she first emerged on the scene a decade ago, Sharapova has followed exactly the same process between points:
1. turn back on opponents and focus on racquet strings to mentally regroup
2. take the balls from the same corner of the court
3. walk to the baseline and bounce on the spot
4. Brush hair away from other side of face
5. Bounce ball twice, slowly
6. Serve
It’s a formula that has worked for the Russian, who recently completed her Career Grand Slam with a win at the French Open. It’s also been fodder for the comedic types, like Novak Djokovic (see second video).
http://youtu.be/c4hnxzmARxM