Marinko Matosevic continues to enjoy a stellar year in 2012, inching up to a career-high mark of No.82 in the latest ATP World Tour rankings. 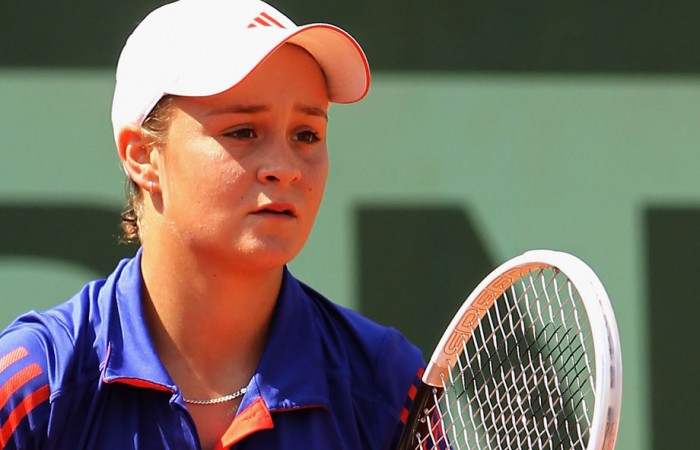 Marinko Matosevic continues to enjoy a stellar year in 2012, inching up to a career-high mark of No.82 in the latest ATP World Tour rankings.

The Victorian has scaled these heights thanks to some promising play on the lawns following his loss in French Open qualifying, including a semifinal finish at the Nottingham Challenger.

It augers well for Matosevic ahead of Wimbledon, the first Grand Slam event in his career at which he has directly qualified for the main draw on the strength of his ranking.

He sits just seven spots below Australian No.2 Matthew Ebden, who fell one place in this week’s list to No.75.

Tomic, Ebden and Matosevic are all in action this week at the ATP event at Eastbourne, with the latter pair coming through the qualifying draw.

In the WTA rankings, Ash Barty was the biggest moving Aussie, jumping 62 places from world No.317 to a new career-high of No.255 thanks to the 16-year-old’s win at the Nottingham Challenger. That win led to Barty receiving a wildcard into the main draw of Wimbledon where she will make her debut in the senior event after winning the junior title last year.

Sacha Jones has broken into the top 200, but she’s still a way off her career-high ranking of No.157, which she achieved in April 2010.

But the news wasn’t so good for Jelena Dokic who dropped from No.129 to No.193. Dokic hasn’t played since retiring in her first-round match at Charleston in early April with a right wrist injury.

Australia’s top five women remain unchanged with Sam Stosur leading the pack at No.5, Jarmila Gajdosova (No.76), Casey Dellacqua (No.105), Olivia Rogowska (No.124) and Anastasia Rodionova (No.133).

In the ITF junior rankings, Luke Saville remains the No.1 ranked boy, while Barty is still the second-ranked girl and the only Australian junior in the top 50. Storm Sanders, No.67 and Abbie Myers, No.79, round out Australia’s top 100 girls. Australia’s Andrew Harris is in the top 10 at No.9 while Nick Kyrgios is No.17, Jordan Thompson, No.32, James Frawley, No.75 and Jay Andrijic at No.78 are the Australian boys inside the top 100.