After getting a taste of winning at the Australian Open earlier this year, James Duckworth is continuing to work towards the top 100. 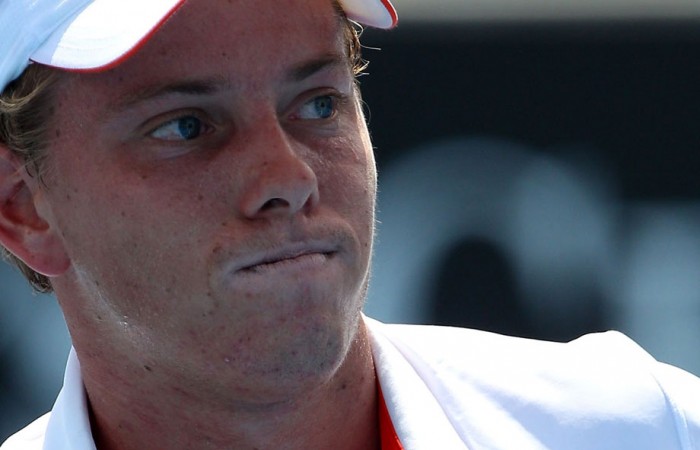 Inspiration was close at hand when the young James Duckworth first contemplated a career in professional tennis. His grandmother, Beryl Penrose, won both the singles and doubles titles at the 1955 Australian Open and the young New South Welshman agrees that’s provided a boost as he works his way into the professional arena.

“It’s pretty cool to have a grandma who’s won a Grand Slam … hopefully, I can follow in her footsteps,” said Duckworth shortly after he notched his first main draw major win, against Estonian qualifier Jurgen Zopp, at Melbourne Park earlier this year.

Since that milestone, Duckworth has continued on the path to improvement as he seeks his place inside the worlds’ top 100.

A semifinalist at two Challenger events and a career-high ranking of No.167 achieved earlier this year are two solid indicators that Duckworth is on the right track.

This week he continues his quest in the Wimbledon qualifying event along with 127 other players, all hopeful of grabbing one of the few remaining spots in the main draw, which begins on 25 June.

And the week has started well for Duckworth, with the 20-year-old ousting 16th-seeded Slovenian Aljaz Bedene 6-3 7-6(0). His next opponent will be Frenchman Marc Gicquel, a veteran of the circuit. Not that this will worry Duckworth – the world No.194 proved earlier this year at the Australian Open that he’s more than capable of stepping up to the occasion when he pushed ninth seed Janko Tipsarevic to four sets in the second round.

Impressing with his variety, big ground strokes and movement around the court, Tipsarevic later pointed to the Australian’s composure on the big occasion.  “I didn’t really know what to expect from which side he can damage me, go to the net, stay back, so he’s a very unpredictable player,” the Serbian said.

“He didn’t wait for my mistake. He didn’t choke. I really had to outplay him. You can see from his game he is a little bit young, which will come from experience. If he continues working hard, I have no doubt he has a bright future ahead of him.”

Meanwhile, the hardworking Duckworth appears to have the right attitude to his continued progress, understanding there are still many steps to take before achieving his ultimate tennis ambitions, which include the goal to represent Australia in Davis Cup.

Duckworth acknowledges that 2012 is particularly important as he continues the challenging transition from his injury-interrupted but ultimately successful junior career – which included a quarterfinal appearance at the Australian Open boys’ event and the semifinals of the French Open in 2010 – into the professional ranks.

“I guess at this stage I’m just taking every match as I play it,” Duckworth said. “[My goal is] just to keep improving. I think if I do that the results will take care of themselves – especially improving physically. I still think there are a lot of gains to be made with speed, fitness and strength.”

At least Duckworth has the right people on side. While Brett Larkham is his regular coach, Pat Rafter provided extra support in a late-2011 training stint in Noosa and Duckworth says the influence of the Davis Cup captain is invaluable.

“He’s a great guy. Obviously he’s got a lot of experience, got a couple of Grand Slams and been number one in the world, so yeah I’ve really learned a lot from him and really appreciate all the help he’s given me,” Duckworth said of Rafter, whom he first met as a Davis Cup Orange Boy in 2008.

There’s further inspiration from the players who’ve become his colleagues, Duckworth eyeing the rise of Bernard Tomic and Matt Ebden as successes he can emulate. “I mean you practice …  and they’re making the top 100 and you’re not that far off,” he said. “It definitely gives you a bit of a boost. Hopefully this year there’ll be more of us who can sneak inside that top 100.”