Federer and Haas to meet in Halle final

Roger Federer will face Germany's Tommy Haas in the final of the ATP grasscourt tournament in Halle after both won their semifinals on Saturday. 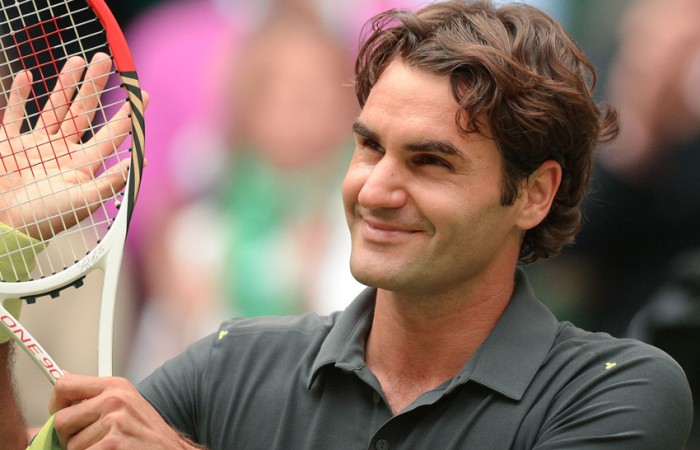 Roger Federer will face Germany’s Tommy Haas in the final of the ATP grasscourt tournament in Halle after both won their semifinals on Saturday.

Federer is through to the Halle final for the seventh time after a 6-1 6-4 victory against unseeded Russian Mikhail Youzhny in the first semifinal.

The Swiss second seed showed few signs of fatigue despite scraping past Canada’s Milos Raonic in a third-set tiebreak in the last eight on Friday, and needed barely an hour to see off the world No.31 Youzhny.

Federer fired down eight aces, and remains on course to win the Wimbledon warm-up event for the sixth time.

He later claimed that saving three break points in the fifth game of the opening set was vital to his ultimately comfortable win.

“The key for me was coming back from 0-40 then holding that and going 4-1,” said the 30-year-old, who was beaten by Novak Djokovic in the semifinals at the French Open last week.

“That was a big ten minutes for me and then, once in the lead, I played a bit more aggressive and he was missing quite a few shots, making it easier for me.

“Overall, I think I played a good tough solid match, especially after yesterday’s shoot-out (against Raonic).”

The Swiss world No.3 will now meet Haas, who beat defending champion Philipp Kohlschreiber in straight sets in the second semifinal.

Kohlschreiber had beaten Rafael Nadal in the quarterfinals but was edged out 7-6(5) 7-5 by Haas, a former world No.2 who is appearing in the tournament as a wildcard.

Haas also has previous here, having beaten Djokovic in the final in 2009.