Dellacqua recovers to win in Birmingham

Casey Dellacqua has recovered from the loss of the opening set to defeat British wildcard Tara Moore at the WTA event in Birmingham. 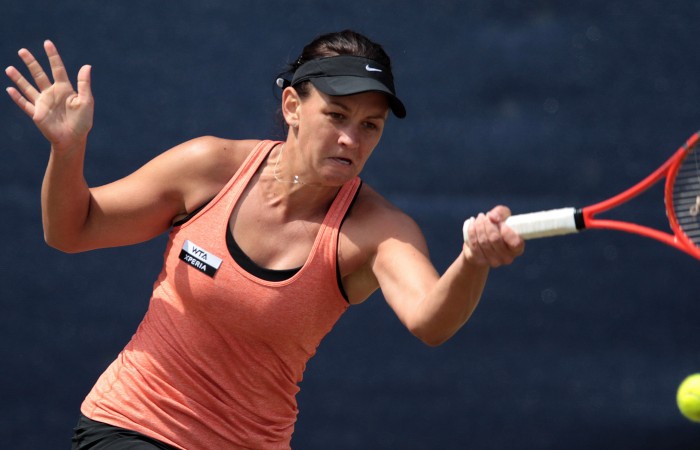 Australian No.3 Casey Dellacqua has recovered from the loss of the opening set to defeat British wildcard Tara Moore in three at the WTA event at Edgebaston in Birmingham.

The 4-6 6-4 6-1 win sends Dellacqua into the third round, where she will face fifth seeded Serbian Jelena Jankovic.

Jankovic overcame another Brit in Melanie South, winning 6-1 7-6(3) at the Edgbaston Priory Club.

Having defeated 11th seed Iveta Benesova for the loss of just three games in the first round, Moore continued her good form when she faced Dellacqua to establish a one-set lead.

Yet the Western Australian began to find her groove on the grass, levelling the match before thoroughly outclassing her 320th-ranked opponent in the third.

Dellacqua sealed victory in one hour and 24 minutes, making it the first time she has won consecutive matches in the main draw of a tour-level event since the Australian Open in 2010.

The world No.107 has never before defeated Jankovic in two career meetings, their last coming in the fourth round of the 2008 Australian Open.

Yet Jankovic has been mired in a worrying slump this season, having gone 8-9 since March and losing in the first round of four of her last six tournaments.

The pair will face off in the final match on Centre Court on Thursday.