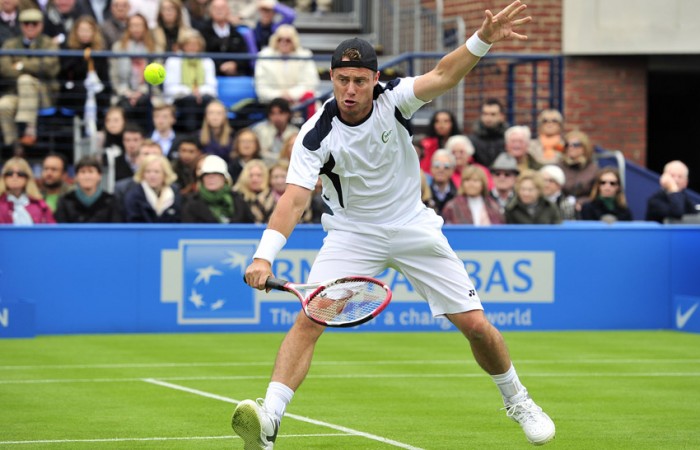 Australians have benefitted handily from the All England Club’s distribution of wildcards for the 2012 Wimbledon Championships.

Hewitt, who has slipped to world No.205 after limited activity due to toe surgery, has been rewarded on the 10th anniversary of his Wimbledon triumph with a wildcard into the main draw of the men’s singles.

Since returning to competitive tennis at the French Open , Hewitt has lost both singles matches he has played.

But the South Australian – a Wimbledon quarterfinalist as recently as 2009 – should not be discounted, with his baseline game perfectly suited to the lawns of the All England Club and the prestige of the tournament motivating him to perform well.

Other men’s main draw wildcards have been awarded to Brits Jamie Baker, Oliver Golding, Josh Goodall and James Ward, as well as to Belgian David Goffin and Germany’s Tommy Haas.

Hewitt also received a wildcard into the main draw of the men’s doubles event along with Guccione.

The pair has represented Australia with aplomb over the years, having never lost in Davis Cup play and reaching the quarterfinals of the Olympic tennis event at Beijing in 2008.

Barty, 16, has made a stunning transition to senior tennis this season, winning two ITF titles in Australia before clinching the biggest title of her career at the ITF $50,000 event in Nottingham in the lead-up to Wimbledon.

Currently ranked No.317 – and expected to rise into the top 300 following her Nottingham result – she made her Grand Slam main draw debut at Roland Garros a fortnight ago by way of a wildcard, falling in the opening round in a tough assignment against fourth-ranked Petra Kvitova.

The Championships at Wimbledon begin on Monday 25 June.