Rormer world No.1 Mats Wilander believes Rafael Nadal is only the French Open final favourite until he steps onto court with Novak Djokovic on Sunday night. 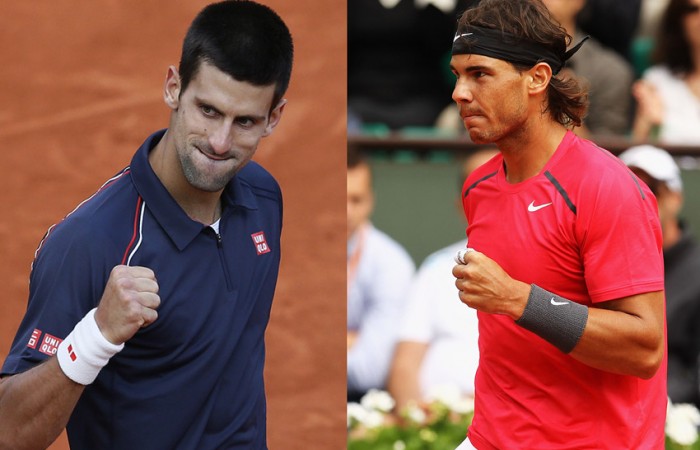 Triple champion and former world No.1 Mats Wilander believes Rafael Nadal is only the French Open final favourite until he steps onto the court with Novak Djokovic on Sunday night (11pm AEST).

Roger Federer declared Nadal an “overwhelming favourite” to snare a record seventh title at Roland Garros after Djokovic ousted the Swiss ace in the semifinals on Friday.

John McEnroe also believes Nadal is almost impossible to beat on the Parisian dirt, where the Spaniard has won 51 out of 52 matches since debuting as an 18-year-old in 2005.

Wilander, though, believes Djokovic’s victories over Nadal in the past three major finals gives the Serb a decent chance of completing the first grand slam sweep in 43 years.

“I think he (Nadal) is the favourite until they both step on the court until they play the finals,” Wilander told AAP.

“Once they’re in the finals, it could shift. I think he’s the favourite going into the match, most probably the first 20 minutes.

“But it could be, after the first set, Novak being the favourite and deserving favourite because of his last three wins in grand slams.”

Wilander says a Djokovic sweep of the majors would be equal to anything ever achieved in tennis.

But the Swede said Djokovic – who conquered Nadal in a near-six-hour epic Australian Open final in January – undoubtedly had his work cut out becoming the first man since Jim Courier 20 years ago to win the season’s opening two majors.

“Rafa’s year ends in Australia, first of all. It doesn’t start there,” Wilander said.

“I know they talk about that. I’m not sure what Federer’s like, but I know Rafa’s year ends in Australia.

“So he’s usually run into the ground by the time he gets there.

“And by the time he gets here, he’s fresh as a daisy.”

As the world No.2 has looked in conceding a meagre 35 games in six matches en route to the title match.

Little wonder why the 10-times major winner was asked if he was truly a human being after his semifinal destruction of Ferrer.

“Well, no. I am, of course,” Nadal said, before at least admitting he’d enjoyed “almost a perfect claycourt season” with a record eighth consecutive title in Monte Carlo and triumphs in Barcelona and Rome.

But armed with unshakeable belief and a small dose of Kryptonite, Djokovic is convinced he can conquer the claycourt superman in world sport’s “ultimate challenge”.

No modern-day athlete in any mainstream endeavour is more utterly dominant than Nadal on the Roland Garros red dirt.

But Djokovic earnestly believes he can storm the Spaniard’s Paris fortress.

“I have to believe,” the top seed said.

“I have this golden opportunity to make history. This motivates me. It really inspires me.”