Sharapova into final, reclaims No.1 ranking

Maria Sharapova has defeated Petra Kvitova to reach her first French Open final, reclaiming the world No.1 ranking and now one win away from a career slam. 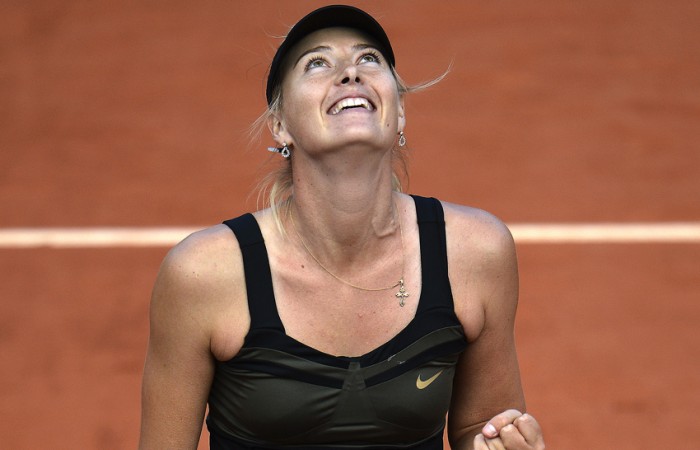 Maria Sharapova defeated Wimbledon champion Petra Kvitova 6-3 6-3 to reach her first French Open final on Thursday, reclaiming the world No.1 ranking and moving one win away from a career grand slam.

The Russian second seed, twice a semifinalist in Paris in 2007 and 2011, will tackle Italian 21st seed Sara Errani in Saturday’s final, the first meeting between the two players.

“It’s an amazing feeling to be in my first final. I have been in two semifinals but it was always my dream of getting to the final stage,” said Sharapova, who will retake the No.1 spot for the first time since 2008.

“That’s pretty special. After my shoulder surgery (October 2008), my ranking was out of the 100 in the world, but I thought if I could be number one in the world before that then I could do it again.”

Sharapova, the 2004 Wimbledon, 2006 US Open and 2008 Australian Open champion, will become just the 10th woman to complete a career grand slam if she takes Saturday’s final.

But she admitted she is in for a tough contest against Errani, who defeated Australian sixth seed Samantha Stosur earlier on Thursday to reach her first major final.

“It’ll be a tough final. She’s a great claycourt player and it will be a real challenge,” she said.

Kvitova, who beat Sharapova in straight sets to win last year’s Wimbledon final, said the Russian had deserved to win.

“She has improved a lot on clay. She was better and deserves to go through. She has a big serve which is tough to return,” said the fourth seed.

“I just hope that next time we are not in the same half of the draw.”

Sharapova, at an imposing 1.88m, and Kvitova, just 5cm shorter, both struggled for accuracy in the testing conditions on Philippe Chatrier court, where the wind whipped up the clay and helped balls sail out.

But it was Sharapova who quickly adapted her game, not hitting for the lines as is her strength and the tactic paid off.

Having batted back a break point in the fourth game, she broke the Czech for a 3-2 lead with Kvitova firing a powerful forehand drive beyond the baseline.

Sharapova, with claycourt titles in Stuttgart, where she knocked out Kvitova in the semifinals, and then in Rome, carved out three set points in the ninth game and took the opener when the Czech pushed a forehand into the tramlines.

The Russian hit twice as many winners as Kvitova and kept the errors down to just nine despite the gusting wind.

Sharapova opened the second set with a love service game and held off a break in the third to lead 2-1.

Kvitova, still unable to find consistent accuracy on her groundstrokes, was broken again on a second double fault to trail 1-3, but hit back to 2-3 to hang grimly onto her hopes.

But Sharapova broke again for a 5-3 lead and claimed victory courtesy of a second serve ace.