Roland Garros: the story so far

What have been the stand-out stories from week one at Roland Garros? 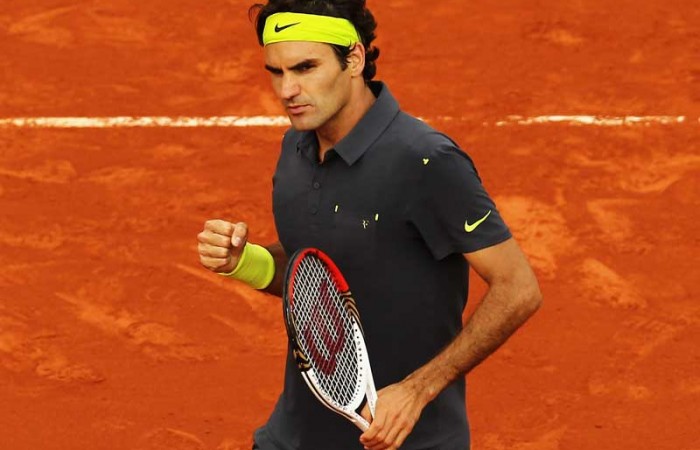 The near-relentless sun on the baked-red clay; the impeccably dressed guests  coiffing champagne (there are no punters here); the vociferous crowd. It can only be Roland Garros. The opening week of the 2012 French Open has enjoyed a little bit of everything so far. From epic drama to the occasional controversy (by way of some exquisite tennis) it’s been a week to remember. But what have been the standout stories from week one?

The Aussies have it tough

There are no easy matches in Grand Slams, but it’s safe to say that some are easier than others. If Casey Dellacqua’s first round tie against an in-form Sara Errani was tricky (Casey went down in three – 4-6 6-2 6-2), Ashleigh Barty’s opening match against Wimbledon champ Petra Kvitova was downright tough. Barty had a good go, but ultimately fell 6-1 6-2 to the Wimbledon champ – and a solid bet for the title. Elsewhere, Anastasia Rodionova lost a fiery match with home favourite Mathilde Johansson, while Jamila Gajdosova cruised through the first round before running into Caroline Wozniacki in round two, and out of the tournament (6-1 6-4).

And then there’s Sam Stosur. Sam likes the red stuff – she’s proved that over and over again. And so far the French Open has gone to plan. Sam is moving quietly and confidently through the draw, routinely dismissing some solid opposition as the draw opens up nicely. With Sloane Stephens out of the way and Azarenka out the tournament, Sam has an exciting week ahead.

For the boys, Bernie entered Roland Garros seeded 25 – his first time amongst the seeds at a Grand Slam. And while it might have paid off in the opening round, he ran into an inspired Santiago Giraldo in round two, going down 6-4 6-1 6-3. Still, it’s all points in the bag for Bernie, and he’s guaranteed a seed at Wimbledon now. There was no such luck for the other guys, who struggled on the clay. Lleyton enjoyed (if that’s the right word) a tough return from foot surgery, going down in four tight sets – 7-6(2) 6-3 6-7(4) 6-3 – against claycourt specialist Blaz Kavcic. Matt Ebden lost in three to Philipp Kohlschreiber 6-4 6-4 7-6(4).  There are no easy matches…

The Men: the Big Four march on

The results might be somewhat predictable, but the Big Four haven’t had it all their own way. Well, that’s not strictly true. Rafa has looked as imperious as ever on the clay, and is yet to come close to conceding a set. Novak was similarly impressive all week until Andreas Seppi forced him to fight back from two sets down on Sunday. Roger and Andy, meanwhile, have looked comfortable for the most part (except for the occasional Scottish back spasm) but both have shown the occasional chink in their armour.

Whether or not they all meet for their traditional semifinal dust up is another matter. David Ferrer, in particular, is looking very good, and he is due a quarter final clash with Andy Murray (with the back spasms) which could quite easily go either way. And you can never discount Jo-Wilfred Tsonga on home soil – particularly with a ferociously partisan crowd behind him. The second week should be fascinating.

If the results on the men’s side have – for the most part – been predictable, the women’s have been anything but. Of all the seeds to fall in the opening week, Serena Williams was perhaps the most notable. When Virginie Razzano stepped onto Philippe Chatrier little could she have expected to leave a great big blemish on Serena’s hitherto 46-0 first round Grand Slam record. Late on Tuesday evening she did just that – overcoming controversy and nerves to take an historic win in front of an excitable home crowd.

Serena wasn’t the only seed to go, though. The list of casualties from this first week is staggering. Azarenka, Radwanska, Wozniacki, Schiavone, Goerges, Ivanovic … just some of the big names who have booked an early ferry to England for the grasscourt season.

Who does that leave behind? Well, things are opening up nicely for Sharapova (in particular), Kvitova, Stosur and Li Na. Meanwhile, some of the breakthrough players of the year are strutting their stuff, with Errani, Kerber and Cibulkova all moving easily through their draws.

Yes, if the men are predictable, the women are anything but.