Stosur to clash with Petrova on Day 6

Sam Stosur will up come against dangerous Russian Nadia Petrova in the third round of the French Open, as the action continues on Day 6 at Roland Garros. 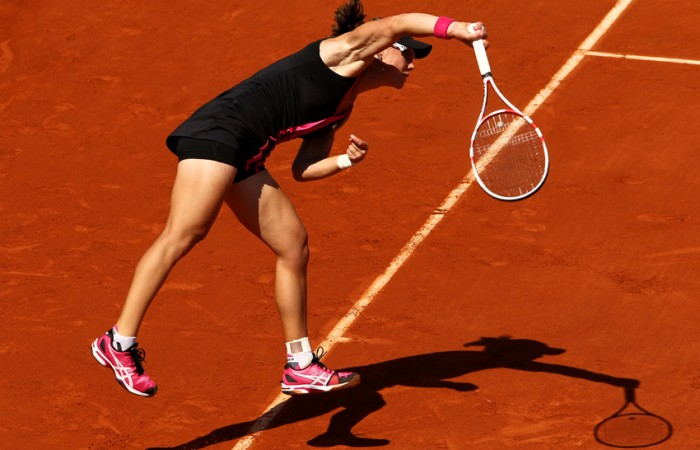 Sam Stosur’s path to the Roland Garros title faces its biggest obstacle so far on Friday when she takes on 27th seed Nadia Petrova in the third round.

Stosur, who breezed through the first two rounds of her French Open campaign, faces an opponent who has enjoyed an equally comfortable passage through to the final 32 in Paris.

The pair have a notable playing history, made so by their previous two matches which were both three set epics.

At the US Open last September, Stosur defeated Petrova in the third round in what was the longest US Open women’s match in Open Era history, en route to capturing her first major title.

In March this year, they met again at Indian Wells – also in the third round – and played out a magnificent match before Petrova gained revenge with her own three-set victory.

“We seem to run into each other in the third rounds quite often, either at grand slams or the other big tournaments,” Stosur said following her second round win over Irina Falconi, who, coincidentally, she also defeated in the second round at Indian Wells before playing Petrova.

“I have got to expect another tough one … She can have a huge serve and she’s been at the top of the game before. So you’ve got to be ready for her to be on – and if she’s not, then that’s a bonus.”

Petrova is somewhat of a nemesis for Stosur, having won five of their seven career head-to-head meetings.

Despite her comparatively lowly ranking of No.29, Petrova has been as high as third in the world, and is an excellent player on dirt – her claycourt resume includes prestigious WTA titles at Amelia Island, Charleston and Berlin (won in 2006) and two trips to the semifinals at Roland Garros (in 2003 and 2005).

Stosur, obviously, knows how to play on clay herself, having been a Roland Garros finalist in 2010 and a winner in Charleston the same year.

She’ll be keen to turn the tables following her most recent defeat to the Russian, and to avoid a repeat of her fate at the 2011 French Open, where she lost in the third round to Gisela Dulko after a similarly dominant display in the opening two rounds.

“I think she was so pumped up to play well here last year and she had a pretty inexplicable loss in the third round after playing an unbelievable match in the second round,” Stosur’s coach David Taylor said prior to the tournament.

The Aussie has aimed to counter this by taking a very relaxed approached at the claycourt Grand Slam, enjoying the chance to soak in the sights and sounds of Paris.

Interestingly, Stosur and Petrova have never met on clay, the surface that has arguably brought them both the most success throughout their careers.

With their thrilling head-to-head history, on a surface that perfectly suits their playing styles, and with the atmospheric setting of the “bull-ring” No.1 court, it promises to be another sensational match between two of the biggest hitters in the women’s game.

You can catch the live telecast of Stosur’s match tonight on Fox Sports 3, with French Open Day 6 coverage kicking off at 7pm AEST. More information can be found in our TV Guide.