The future of Australian tennis gathered last week for the second annual National Talent Development Camp at the Australian Institute of Sport in Canberra. 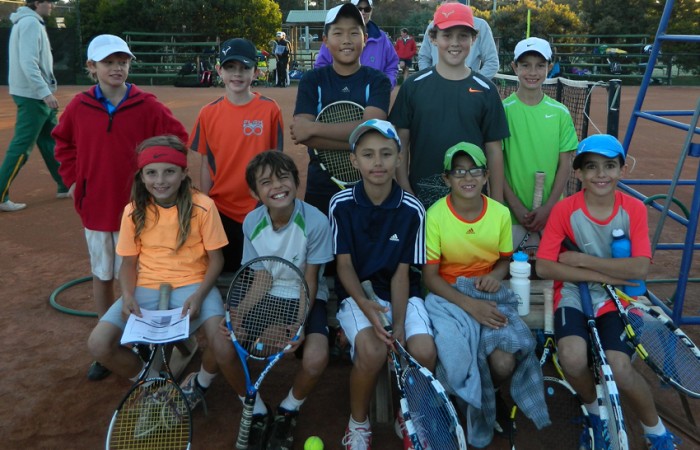 The future of Australian tennis gathered last week for the second annual National Talent Development Camp at the Australian Institute of Sport in Canberra.

Sixteen girls and 16 boys, representing each state in Australia in the 10-and-under age group, were given the opportunity to share a training camp experience with their private coaches and a team of leading Tennis Australia coaches and staff from around the country.

“We wanted to get the kids that are showing a lot of promise and their coaches in town to undergo a week of professional development,” Tennis Australia’s Development Tennis Manager Scott Draper said.

“We also wanted to educate the athletes’ private coaches so they can then take home the analysis and not only impact the kids they’re working with but also all the other kids in their programs.

“We’re trying to broaden the net and reach as many kids around the country as possible through the private coaching network.”

Draper believes starting early is fundamental in identifying future talent and building a quality base was one of the objectives of the camp.

“The reason why we wanted to tackle this 10-and-under age group is by the time these kids get to 12, 13, 14 years of age, the development should be done, so we’re seeing a lot of kids coming into the National Academies around the age of 12 and they are still not really where they should be in terms of that age.

“We feel if we can get to this younger age group and incorporate the private coaches we’re hoping we can get a better product at that 12-year-old bench mark,” continued Draper.

During the course of the camp athletes worked with their private coaches and Tennis Australia staff including Draper, as well as Nicole Arendt, Callum Beale, Patrick Coburn, Bernhard Goerlitz, Brett McLennan and Ashley Naumann.

They participated in physical and skills testing and on-court sessions including match play analysis. ‘Amazing Race’ and ‘Mini Olympics’ activities were also enjoyed by the group.

At the conclusion of the week, the players each walked away with a comprehensive athlete report covering all areas of performance to further their future development.