UPDATE: Aussies Casey Dellacqua and Anastasia Rodionova fought hard but ultimately fell in three sets in their opening round matches at Roland Garros. 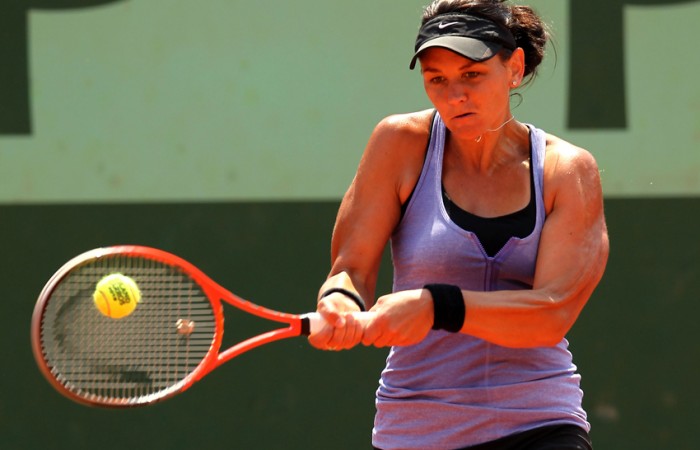 West Australian Casey Dellacqua threatened to post the first upset of the French Open on Sunday before eventually going down in the opening round.

Dellacqua, a former women’s doubles finalist at Roland Garros and the reigning mixed doubles champion, led 21st seed Sara Errani by a set and a break on court three.

“Disappointed not to get the win today. It was a tough three-setter against a very tough opponent. But thanks everyone for your support,” the Aussie tweeted after the match.

Errani came into the tournament boasting a tour-best three titles on clay this season.

Playing on Roland Garros’s atmospheric “bull-ring” No.1 court, Rodionova twice served for the match in the second set against local Mathilde Johansson, before going down 5-7 7-6(6) 6-4 after three hours .

Little separated the pair on the stats sheet except for in the winners department, which, surprisingly, Rodionova came out on top of by 43-26.

Yet Johansson fed off the rambunctious energy of the Parisian crowd, helping her move through to the second round at Roland Garros for the first time in four years.

Three Australian men open their campaigns on Monday, hoping to join Australia’s sole winner on Sunday, Sam Stosur, in the second round.