Dellacqua confident ahead of French Open

Casey Dellacqua has arrived in Paris feeling fresh, confident and healthy heading into the year’s second major at Roland Garros. 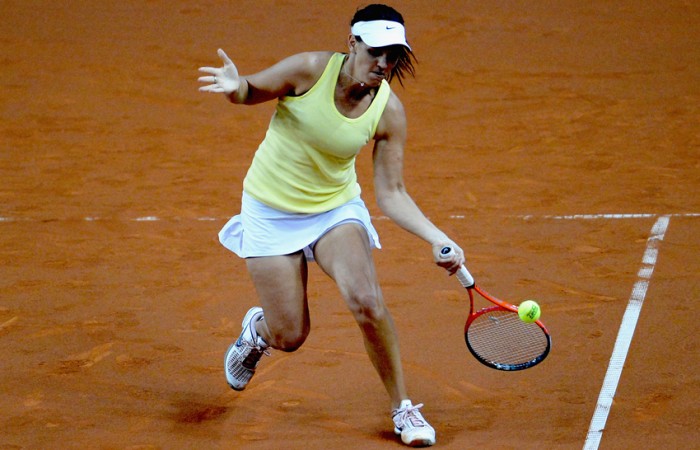 Casey Dellacqua has arrived in Paris feeling fresh, confident and healthy ahead of the year’s second major at Roland Garros.

The Western Australian, who reached the third round of the French Open in 2008 and who has enjoyed enormous success in doubles at the claycourt Grand Slam, faces a tough opening round task tonight against 21st seed Sara Errani.

Yet despite going in as the underdog against the Italian, Dellacqua believes her preparation stands her in good stead for a competitive showing.

“I only just rocked up in Europe and I’ve still been playing some really good matches on the clay,” she said, speaking during this week’s WTA Brussels Open where she contested the doubles event with compatriot Anastasia Rodionova.

“It doesn’t take me too long to adapt (to clay). For some players it does, but I’ve played enough now to adapt pretty quickly, so I feel fine on the clay and (am) looking forward to the French Open.”

Dellacqua has been playing on European clay for just two weeks. Her appearance at last week’s $100,000 ITF event in Prague reaped an upset of third seed Barbora Zahlavova-Strycova in the singles and a run to the doubles final, which she followed up with a semifinal finish in the doubles in Brussel this week.

Yet she took a slightly unconventional route in her French Open preparation, winding her way through Japan to contest a couple of ITF events.

The Australian No.4 said this scheduling decision paid dividends – she claimed the $50,000 ITF title in Fukuoka and gained some valuable match practice, giving her confidence a boost before arriving in Europe.

“Pretty much every (year) I come to Europe quite early, and it can be a really long stint. By the time Wimbledon comes around sometimes I find that I’m quite fatigued,” she said.

“This time around I decided to go to Japan and mix it up a bit, and it was great. Obviously I won one (event) and I got a lot of matches, and it doesn’t matter what surface you’re playing on – you can’t beat winning matches.”

The result in Fukuoka also returned Dellacqua to the world’s top 100, the first time she’d been ranked in that elite bracket for three years.

It marked the latest positive step in her return from injury, with several ailments including shoulder and foot injuries forcing her out of the game for the majority of 2009 and 2010.

Dellacqua admitted that during her lengthy layoff she had doubted her ability to return to the upper reaches of the sport.

“There were certainly times when I thought, ‘Wow, maybe it’s still too hard and maybe I’m not cut out (for this). I guess I just kept persevering and believing, and kept knowing that eventually if you keep chipping away, good things happen,” she said.

“That’s what I’ve done and I’m still doing that, so hopefully I can continue in my winning ways and keep moving up the rankings. Obviously before I got injured I was No.39 in the world, so I’d like to get back there, and yeah, we’ll go from there.”

Dellacqua’s time in the top 100, at No.96, lasted just one week. She slipped outside this week after her second-round points from last year’s Brussels Open came off her tally.

But despite falling to world No.108, her vastly improved ranking – this time last year she was ranked outside the world’s top 300 – has allowed her to achieve her goal of qualifying for the main draw at both the French Open and Wimbledon.

The 27-year-old said this outcome would create opportunities for her to continue improving.

“I know that I’m going to consolidate my spot in the top 100 soon. I’ve had some really good results since coming back a year ago … and now it’s about stringing a lot of matches together at the higher level,” she explained.

“I’ve worked really hard since coming back so it’s nice to know that I’m getting rewarded. I’ll have to keep working hard to stay in the top 100, but I’m heading in the right direction.”

Dellacqua said her immediate goals were to do as well as she could in Paris before turning her attention to the grass in England, a surface she loves.

“The main thing I’m happy about is that I’m healthy, I’m injury free and my body feels great. And mentally I feel pretty good,” she said.

“I’ve got some really good opportunities coming up and I’ve put myself in this position to be able to create these opportunities, so now I’ve just got to go and do it and enjoy it … (and) hopefully look forward to a really successful 2012.”