Greg Jones remains the last Australian remaining at qualifying in Roland Garros, winning his second round match to stand just one win away from the main draw. 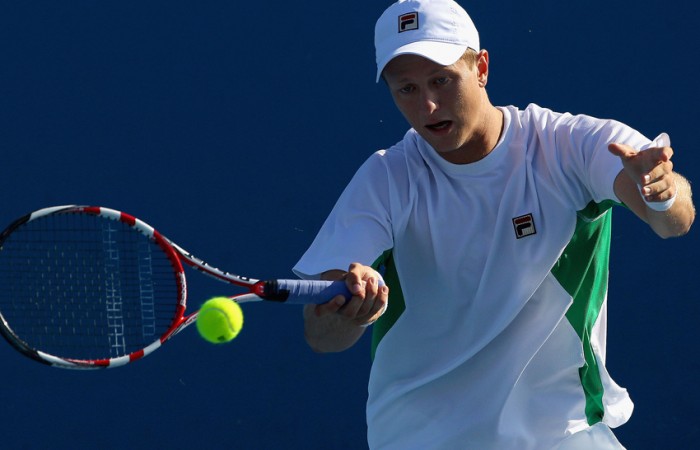 Jones returned to Roland Garros on Thursday to complete a 6-4 3-6 6-3 second-round victory over Frenchman Kenny de Schepper in a match suspended due to darkness on Wednesday night.

Jones will play another local, wildcard Nicolas Devilder, on Friday for a spot in the 128-man main draw for the claycourt Grand Slam commencing on Sunday.

The news was not so good for Australian top seed Marinko Matosevic, whose hopes of a main-draw debut in Paris ended on Thursday with a 6-4 6-3 second-round qualifying loss to French veteran Marc Gicquel.

Gicquel brushed aside the world No.89 in just 72 minutes, recording a magnificent 91 per cent of points won behind his first serve, and will next face American Jesse Levine.