Bernard Tomic has lost in heartbreaking circumstances at the Open de Nice, holding four match points before falling to Mikhail Kukushkin of Kazakhstan. 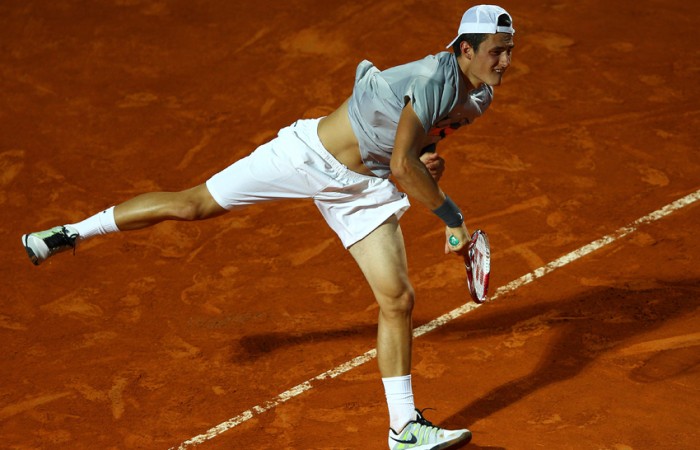 Bernard Tomic has been eliminated from the Open de Nice by Kazakhstan’s Mikhail Kukushkin, battling for two hours and 18 minutes before succumbing in three sets.

Tomic, the No.5 seed at the ATP 250 claycourt event, had multiple chances during the match, accumulating 20 break point opportunities – yet converting only four – and holding four match points.

But world No.55 Kukushkin proved resilient, withstanding the barrage to ultimately advance 3-6 6-2 7-5.

The Kazakh, who enjoyed a comparatively successful break point conversion rate of six-from-eight, will next face American Brian Baker in the quarterfinals.

Baker is the success story of the tournament. With injuries having derailed his career to prevent him playing a tour-level event since the 2005 US Open, and in his first ever ATP claycourt tournament, he upset world No.13 Gael Monfils in straight sets to reach his first career quarterfinal.

Baker has received a wildcard into the main draw of the French Open, starting 27 May.

That will be Tomic’s next stop, with the Nice event representing the final leg of his preparation for Roland Garros.

The 19-year-old has compiled a respectable claycourt record of 6-6 since April, and will be seeded for the first time at a major tournament.