Bernard Tomic has jumped to a career high-ranking of No.28, ensuring he will be seeded for the first time at a Grand Slam event at Roland Garros. 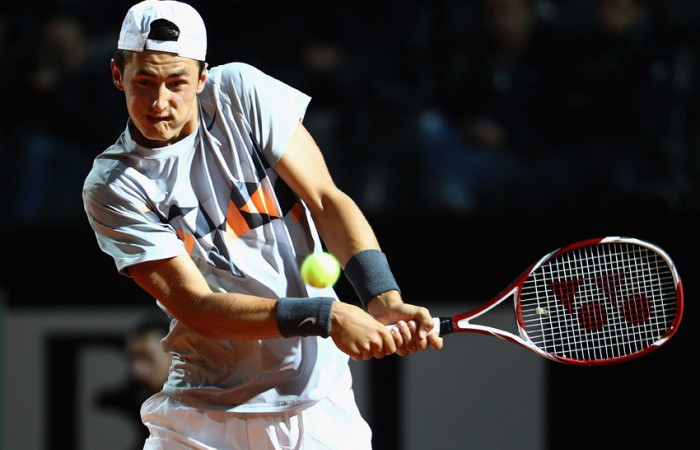 Bernard Tomic has continued his meteoric rise up the world rankings, debuting in the top 30 after his run to the second round of last week’s Rome Masters.

The Australian, just 19 years of age, is ensured of being seeded at the French Open, the first time in his young career that he will be seeded at a major tournament.

Tomic fell in the second round at the Foro Italico to Novak Djokovic, but the result was enough to vault him four places to world No.28, a career-high ranking.

The Queenslander has risen more than 150 places in the rankings in the past 12 months. The biggest jump came after his surprising run to the Wimbledon quarterfinals as a qualifier, the result seeing him crack the top 100 for the first time.

Since then, other impressive results have allowed Tomic to continue his climb, including a good run in the Asian fall swing of late 2011 that helped entrench him within the top 50.

Tomic kicked off his 2012 season with an exciting run to the fourth round of the Australian Open, but it’s been his vastly improved performances on clay that have helped the youngster take the step up to this new elite ranking class.

Having failed to win a main draw match on dirt in 2011, Tomic has gone a respectable 5-5 in 2012, winning matches in Monte Carlo, Barcelona, Munich and Rome and gaining plentiful match practice on clay in the lead-up to Roland Garros.

He will have a chance to build on that record – and possibly further lift his ranking – with his participation in this week’s ATP 250 event in Nice.

The French Open begins Sunday 27 May.