Czech Radek Stepanek has ended the Mutua Madrid Open run of Bernard Tomic in the first round, defeating the Queenslander in straight sets. 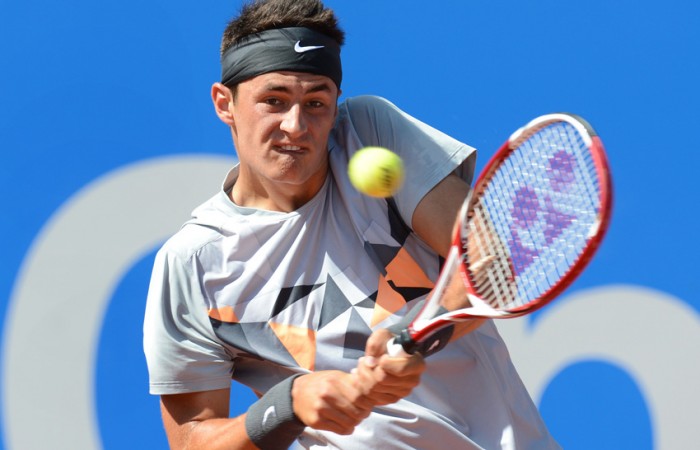 Veteran Czech Radek Stepanek on Tuesday ended the Mutua Madrid Open run of Bernard Tomic in the first round, with the Queensland youngster exiting 6-2 7-5.

The 31st-ranked Tomic, who reached his first ever clay tournament quarterfinal last weekend in Munich, lost in less than 90 minutes on the blue clay of the Caja Magica.

He will now look toward next week’s ATP Masters 1000 event in Rome, the final major stop before the French Open kicks off in Paris on 27 May.

“I didn’t play the right tennis the way I needed to,” said Tomic.

“But full credit to him (Stepanek), he played a really good match. The blue clay was a bit strange for movement, it was slippery.

“I’m feeling good on clay and now I have three or four days to get ready for Rome. Hopefully I can play well there and win a few matches.”

After failing to win a match on clay in 2011, Tomic has made significant strides on the dirt, winning matches at events in Monte Carlo, Barcelona and Munich to compile a respectable claycourt win-loss record of 4-4 so far in 2012.

Currently at a career-high ranking, the Aussie is in a good position to gain a seeding at Roland Garros, the first time he would be seeded at a major event.