Six Australians have been granted direct entry into the main draw at Roland Garros, which will commence on 27 May 2012. 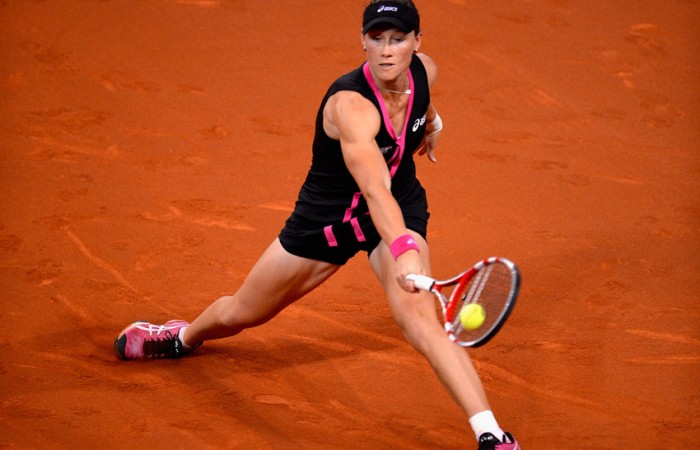 Six Australians have been granted direct entry into the main draw at Roland Garros, which will commence on 27 May 2012.

On the women’s side, Sam Stosur, Jarmila Gajdosova, Anastasia Rodionova and Casey Dellacqua will fly the Aussie flag in the 128-person draw, while our top two men, Bernard Tomic and Matthew Ebden, will also participate.

Direct entrants are determined based on rankings six weeks out from the beginning of the tournament. The world’s top 104 men and 108 women gain direct acceptance into the draw.

Australia’s contingent at the French Open will be bolstered with the announcement of reciprocal wildcards, which is expected in the coming weeks.

Several Australians are also expected to contest the qualifying event, which will be held in the week preceding main draw play.

The French Open has increasingly proven a happy hunting ground for Australians in recent times, most notably for Stosur, who reached the semifinals in 2009 and followed this up with a fairytale run to the final in 2010.

That year, Gajdosova and Rodionova faced off in an all-Aussie third round clash, with Gajdosova’s three-set win helping her advance to the fourth round at a major for the first time in her career. Both women also repeated their runs to the final 32 in 2011.

Dellacqua is the reigning mixed doubles champion in Paris and reached the women’s doubles final with Francesca Schiavone in 2008, the year she also recorded her best singles result at Roland Garros with a run to the third round.

Although the men have enjoyed less success, exciting times could lie ahead, with Tomic continually improving on clay and Ebden making his main draw debut in Paris.