Injury forces Gajdosova out of Estoril

A left ankle injury has forced Jarmila Gajdosova to retire from her second round match at the Estoril Open, putting a dampener on her French Open preparations. 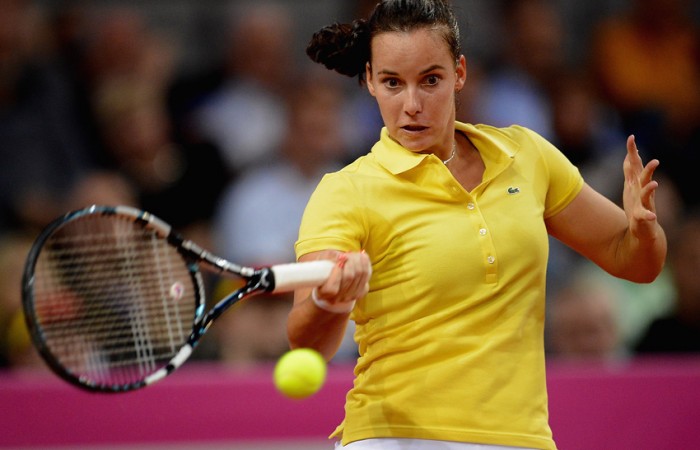 Australian women’s No.2 Jarmila Gajdosova has been forced to pull out of her second round clash at the Estoril Open against Nadia Petrova due to a left ankle injury.

Petrova had claimed the opening set in a tiebreaker, a torrid affair lasting more than an hour. Gajdosova called it quits shortly after that.

Not much had separated the pair up until that point, except on serve – the seventh seeded Petrova had landed five aces to one double fault, while the Aussie had hit three doubles faults against no aces. Petrova also enjoyed a superior first-serve points winning percentage.

The result is a disappointing one for Gajdosova, who was experiencing an upward surge in form after a scratchy start to the 2012 season.

Playing on one of her more productive surfaces in red clay, the world No.55 had breezed through her opening match in Estoril, following on from her successful Fed Cup performance for Australia in its World Group Play-off tie against Germany on April 21-22 in Stuttgart.

It was also by far the best she had performed against Petrova, with the Russian resoundingly defeating Gajdosova in their two previous encounters.

Although the extent of the injury is currently unknown, Gajdosova will be hoping it does not endanger her participation at Roland Garros, which begins on 27 May.

The Australian’s next scheduled event is at the WTA Premier Mandatory tournament in Madrid.