Tomic moves on in Munich

Bernard Tomic has won his opening round match at the BMW Open in Munich, while compatriot Marinko Matosevic has successfully qualified for the ATP event. 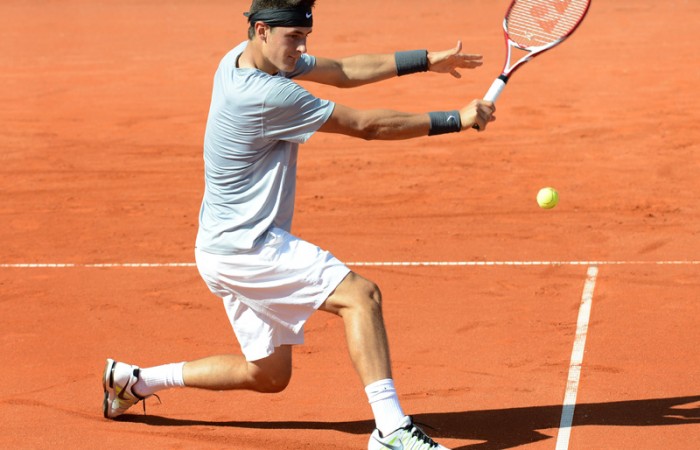 Australian fifth seed Bernard Tomic made a winning start in the BMW Open in Munich with a comfortable 6-4 6-3 victory over Belgian veteran Olivier Rochus on Sunday.

The 19-year-old Queenslander needed just 68 minutes to book his place in the second round, fighting back from being broken himself in the first set and seizing his solitary break point opportunity in the next.

Tomic smacked nine aces to the Belgian’s none, setting up a second round clash against either Italian Potito Starace or Belgian qualifier David Goffin.

After a lean claycourt season in 2011 during which he failed to win an opening round match at any claycourt event, Tomic has made strides this year, winning matches in Monte Carlo and Barcelona before this week’s first round win in Munich.

In the only other first round action on the opening day, Colombia’s Santiago Giraldo took 76 minutes to record a convincing 6-4 6-3 win over Belgium’s world number 67 Steve Darcis.

Meanwhile, Tomic’s compatriot Marinko Matosevic has successfully navigated his way through the Munich qualifying draw, dismissing Peter Gojowczyk to win his third straight qualifying match without the loss of a set.