Bernard Tomic has bowed out of the Barcelona Open in the second round on Wednesday after losing a marathon battle to Spanish claycourt specialist Albert Montanes. 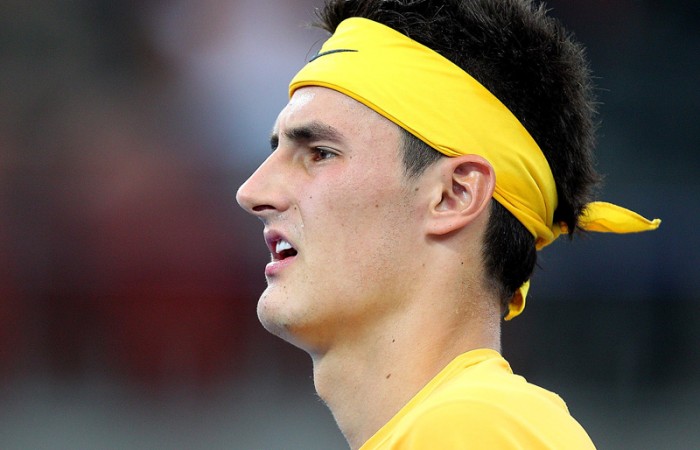 Bernard Tomic bowed out of the Barcelona Open in the second round on Wednesday after losing a marathon battle to Spanish clay specialist Albert Montanes 6-0 5-7 7-5.

Australian Tomic, seeded No.15 for the tournament and who at just 19 was the youngest man in the field, put up a tough fight against his 30-year-old opponent, who has won all five of his ATP career trophies on clay.

The teenager, who began the season by progressing to the Australian Open fourth round, spent two hours and 15 minutes on Centre Court at the Real Club de Tenis at an event which Rafael Nadal has won six times in the last seven years.

Stuttgart-born Tomic’s showing duplicated his second round last week in Monte Carlo as he began his pre-French Open build-up with a debut appearance in Barcelona.

After losing the first set comprehensively, he began fighting in the second to level at one set each and continued in the third, forcing Montanes to save match points in the 10th game as the desperate Spaniard finally held for five-all.

Montanes then got a break for 6-5 and closed out the match a game later.

Tomic put Montanes under heavy pressure, forcing the veteran to save 13 of the 16 break points he faced, with the Australian losing serve six times.

Meanwhile Rafael Nadal overcame a sore knee to open his bid for a seventh Barcelona Open title with an easy 6-1 6-2 win over Guillermo Garcia Lopez in the second round on Wednesday.

Nadal had a bye in the first round after defeating Novak Djokovic in the Monte Carlo Masters final on Sunday and improved to 31-1 on the clay in Barcelona after breaking his fellow Spaniard six times.

“My knee bothered me a little, but that’s normal. In 15 days, the discomfort isn’t going to go away, but it doesn’t keep you from playing so it’s not a problem,” said Nadal, who had to withdraw before the semi-finals of last month’s Sony Ericsson Open because of a left knee problem.

“I made few errors, my backhand was good and my forehand allowed me to vary my game and it helped me a lot.”

Fellow Spaniard David Ferrer needed less than an hour to advance to the third round by beating Serbian wild card Filip Krajinovic 6-0 6-3.

Seventh-seeded Feliciano Lopez of Spain also reached the third round with a 6-4 6-3 victory over Italy’s Flavio Cipolla and will face Jarkko Nieminen of Finland, who won 6-3 6-7(4) 6-4 over Eduardo Schwank of Argentina.