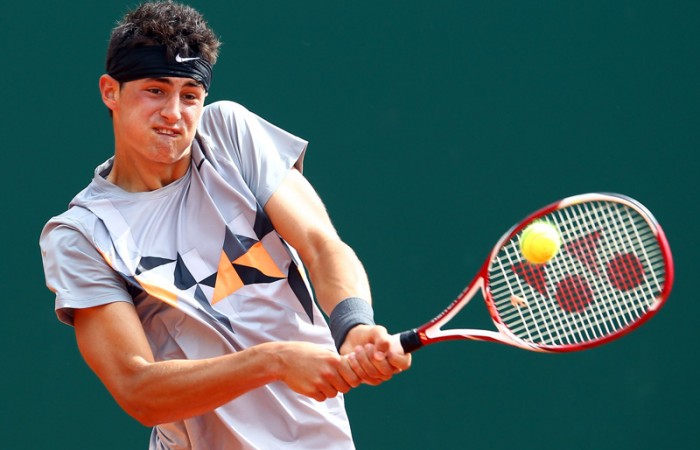 Tomic, who at 19 is the youngest man in the field in the Catalan capital, spent 67 minutes in handing one-time prodigy Gulbis another ATP disappointment.

The 2010 Barcelona quarterfinalist has slipped to No.86 in the rankings after standing a career-best 21st just 14 months ago.

Tomic, who won a round in Monte Carlo last week but lost his next match to Ukrainian talent Alexandr Dolgopolov, was pleased with a winning start in the hotbed of Spanish tennis.

“I played well from the first game,” said the Australian. “I was able to play my game.

Meanwhile, Andy Murray continued to apply polish to his claycourt tennis as the second seed reached the third round with a comfortable 6-3 6-2 defeat of Sergiy Stakhovsky on Tuesday.

Murray, playing the tournament for only the third time, secured his second career win at the Real Club de Tenis in 78 minutes.

The world No.4 now stands 4-0 over Stakhovsky, a Ukrainian journeyman ranked 68th.

Murray is working to reach the form which took him to a Roland Garros semifinal a year ago, with hopes of doing even better.

He lost in the quarterfinals at Monte Carlo last week to Tomas Berdych, who had to withdraw from this week’s competition in Spain.

The Scot finished with 16 winners and a dozen unforced errors, breaking on three of his five chances. He next plays either Santiago Giraldo of Colombia of Dutchman Robin Haase, also a Monte Carlo quarterfinalist.

Murray improved to 2-3 in Barcelona and becomes the eighth player in the top 10 to register 20 match wins on the season, now standing 20-5.

Verdasco didn’t bother to defend his title in 2011 after a dispute with the organiser but is now back in the Spanish fold.

“I played well and found my comfort zone form the first game,” said the winner, who broke four times. “Maybe he was a little tired.

“This is a special tournament for me. I’m back in Barcelona and I want to do my best.”

Six-time champion Rafael Nadal will attempt to pick up where he left off at the weekend after winning an eighth straight Monte Carlo title when he opens after a bye against compatriot Guillermo Garcia-Lopez, a 6-3 6-3 winner over Olivier Rochus of Belgium.