Rain hampered the start of the Junior Davis and Fed Cup Asia/Oceania qualifying event in Bendigo Tennis Association with only 10 minutes played on court. 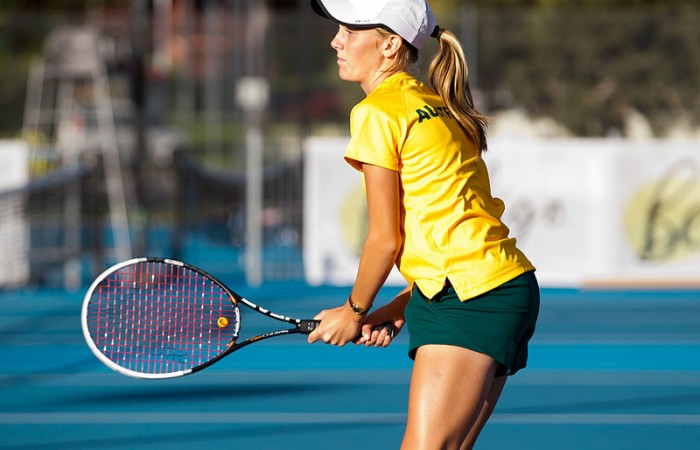 Rain hampered the start of the Junior Davis and Fed Cup Asia/Oceania Final Qualifying event here today at the Bendigo Tennis Association with only 10 minutes played on court and play suspended until tomorrow morning.

Hives, who has a world junior ranking of 588, enters the week having come off a breakthrough ITF junior win at the Queensland Junior Claycourt International in Bundaberg two weeks ago. Her opponent, Ang, 14, is currently ranked 1882 and hasn’t played an ITF junior tournament since November.

Following Hives’ match, Australia’s No.1 player Naiktha Bains (Brisbane, Qld) will take on world No.539 junior Rheeya Divyesh Doshi. The doubles rubber will follow with Bains expected to team up with Isabelle Wallace (East Bentleigh, Vic) against Doshi and Ming Ming Joy Chia to round out the third rubber.

In Junior Davis Cup results, South Australia’s Li Tu (Adelaide, SA) was just about to take the court against world No.1944 junior Alexander Kim of Kazakhstan before the rain started again.

Following the conclusion of Tu’s match tomorrow, Thanasi Kokkinakis (Seacombe Heights, SA) will face Roman Khassanov in the second singles rubber and Tu and Daniel Guccione (Bundoora, Vic) are expected to play doubles against Kazakstan’s Zhansultan Chembotayev and Khassanov to close out the first round.

Play will resume at 9:30am tomorrow morning with the second stage of round-robin matches scheduled to begin after the first round and not before 2pm.  Australia’s Junior Fed Cup team will play Malaysia and our Junior Davis Cup team will play New Zealand in the next round.