Tomic moves through in Monte Carlo

Bernard Tomic has won his first claycourt match in 12 months to reach the second round of the Monte Carlo Masters, beating Denis Istomin in straight sets. 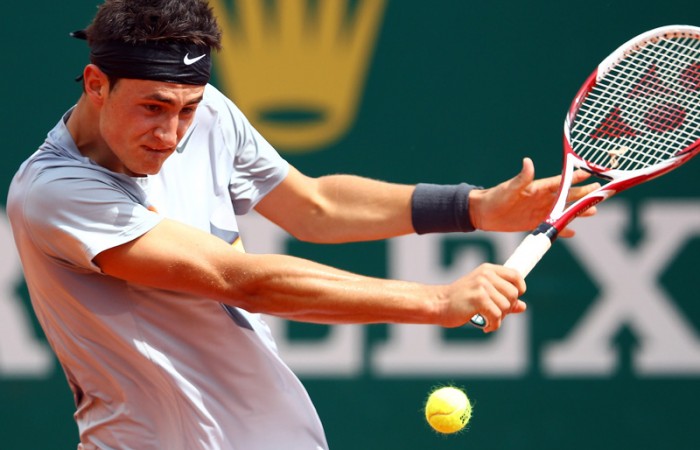 Australian teenager Bernard Tomic has won his first claycourt match in 12 months to reach the second round of the Monte Carlo Masters.

The 19-year-old Tomic was happy with how he mixed sliced forehands with heavy groundstrokes in his 6-4 6-3 win against Denis Istomin of Uzbekistan.

“Regardless of any surface, he’s pretty hard to play against,” Tomic said.

“A lot of claycourt players play behind the line, but I think my tennis is something different. If I play my tennis, they struggle with my game even on clay.”

Tomic, who next meets either Argentine veteran Juan Ignacio Chela or 16th seed Alexandr Dolgopolov of Ukraine, has certainly struggled on clay himself.

His most recent victory on the slow surface came at last year’s Monte Carlo Masters, a month before suffering his second first-round defeat from as many starts at the French Open.

Seeded players Fernando Verdasco of Spain and Jurgen Melzer of Austria also advanced to the second round in Monaco on Monday.

The 13th-seeded Verdasco, a finalist in 2010, dropped serve twice in the first set, but then did not face another break point as he rallied to beat Belgium’s Olivier Rochus 4-6 6-2 7-5. He next plays Croatia’s Ivan Dodig.

Paul-Henri Mathieu of France took a little over one hour to thrash Donald Young 6-0 6-1.

Mathieu did save four break points of his own, but he broke Young’s serve six times and clinched victory when the American sent a heavy forehand long.

“I was happy the way I was moving, and I was keeping the ball in the court,” said Mathieu, who is finding his way back after a long-term knee injury. “I don’t have the knees of a 20-year-old anymore. But I’m able to play 100 per cent without any problems. Things are improving.”

In other first-round play, there were straight-sets wins for Philipp Kohlschreiber of Germany and Finland’s Jarkko Nieminen.