Benard Nkomba and Aleksa Cveticanin have been crowned the 2012 Optus 12s National Claycourt singles champions after winning their respective finals in Ipswich. 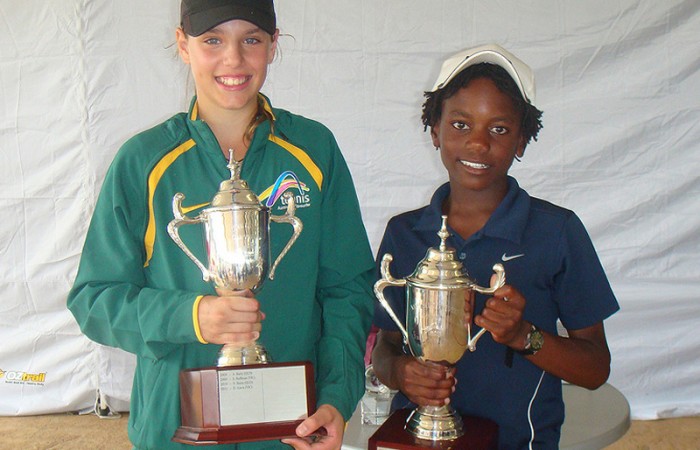 Pearson was runner-up for a second time in a row this year having fallen short to Matthew Romios (Pascoe Vale South, Vic) at the Optus National Grasscourt championships in Mildura during February.

The Queenslander said she simply went for her shots and stayed true to her game to eventually take the match.

“I’ve never played her (Fourlis) before but she was staying with me during this tournament so that was especially hard, so she’s really upset, but it was a really good match.

“I was a bit shaky after the match but now it’s really sunk in I’m really happy.”

Click here to check out our photo gallery honouring all of the winners and finalists from the Optus 12s National Claycourt Championships.

Ipswich’s Festival of Tennis at the George Alder Tennis Centre continues for one more week with the main draw of the Gallipoli Youth Cup scheduled to begin tomorrow.