Serena Williams, playing what she called one of the best matches of her career, steamrolled Samantha Stosur 6-1 6-1 on Saturday. 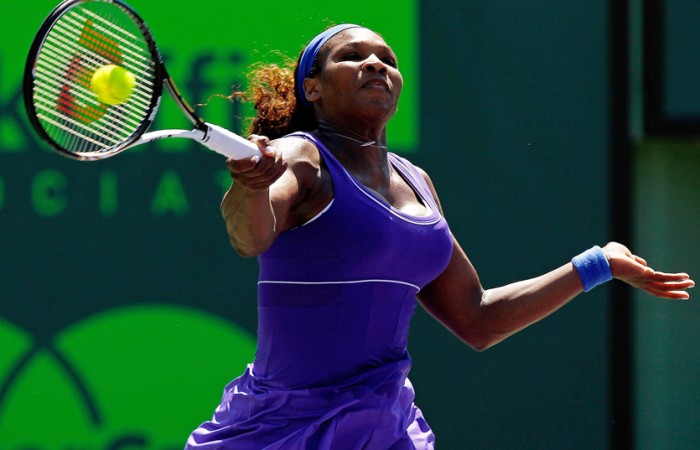 Serena Williams, playing what she called one of the best matches of her career, steamrolled Samantha Stosur 6-1 6-1 on Saturday to reach the WTA’s Charleston final.

Williams needed just 59 minutes to subdue the second-seeded Australian, who beat the American in the US Open final last September but has now lost to her twice in two events.

In Sunday’s final on the green clay court at Charleston, the fifth-seeded American will face ninth-seeded Czech Lucie Safarova, who notched her own lopsided semi-final win, 6-0 6-0 over Slovenia’s Polona Hercog.

“I have to say, this is probably the best match I’ve played in my career, either in a long time or it’s up there in the top five,” said Williams, owner of 13 grand slam titles and 39 singles titles overall.

She seized control by winning the first eight points, broke Stosur five times and saved both break points she faced.

“It didn’t really seem to matter what I did,” said Stosur, who won the Charleston title in 2010.

“She came out with the goods every time.”

Williams improved to 6-3 overall against Stosur, including a straight-sets victory in Miami 11 days ago in which Williams fired 20 aces.

Williams had a relatively sedate seven aces on Saturday, but that was plenty to prevent Stosur from becoming just the eighth player to beat both Williams sisters in the same tournament.

Stosur had beaten Venus Williams in the quarter-finals to spoil the chance of an all-Williams semi.

Stosur may have been feeling the effects of a long Friday, on which she had to complete a rain-disrupted third-round victory over Galina Voskoboeva, then battle past Venus in three sets.

Safarova, owner of four WTA Tour titles, will try to add a first victory in one of the WTA’s premier level events.

Her emphatic victory over Hercog, in 64 minutes, ended a dream run for the Slovenian that included a first career win over a top-10 player with her upset of third-seeded Marion Bartoli in the third round, and a quarter-final triumph over former Charleston champion Nadia Petrova.

However, Safarova will be a heavy underdog against Serena, seeking a first win against the American after four career defeats.