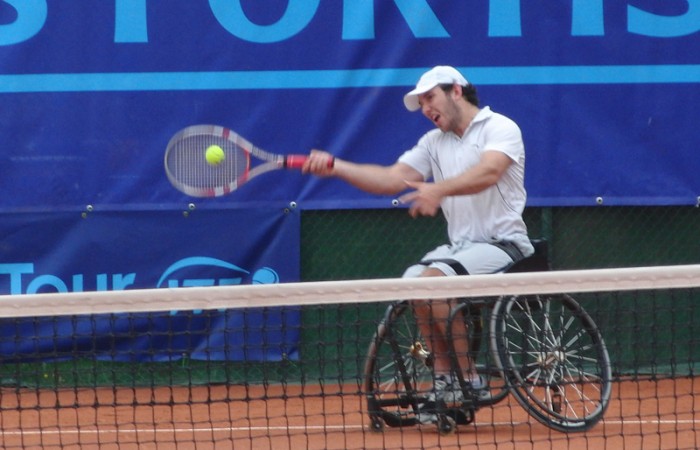 This was the Sydneysider’s second win over the Dutchman this year; the first was at the Sydney International (20-23 January 2012) during the round of 32.

“Adam’s been hitting the ball really well and was confident heading into the match against Robin. After beating him in Sydney, he’s started to believe in himself and his own ability,” said Australian Wheelchair Tennis Head Coach Greg Crump.

Unfortunately France’s Nicolas Peifer was too strong for Kellerman in their quarterfinal meeting, beating the 21-year-old in straight sets, 6-2 6-1.

“Adam didn’t quite turn up again mentally for the match against Nicolas, but at that level you’re playing against good guys match after match, progressing deeper and deeper into the tournament. It was good for him to get this experience,” Crump continued.

Kellerman has had an impressive start to this Paralympic year. During March he teamed up with fellow Australian Ben Weekes (Sutherland, NSW) to win the doubles crown at the Japan Open over Japanese duo Yoshinobu Fujimoto and Takuya Miki, 6-4 3-6 6-4.

“Adam has been on the improve since the start of the year; he is a good student of tennis, he reads the game really well and once we work on his speed and he gets a bit quicker, he’s only going to get better and better,” Crump said.