Novak Djokovic has claimed his third Sony Ericsson Open title - and second in a row - with a straight set defeat of Andy Murray in the 2012 final in Miami. 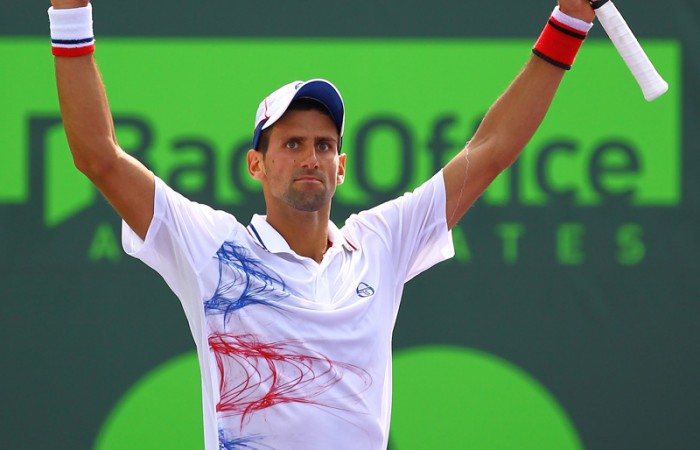 It might not have been a classic, but Novak Djokovic’s 6-1 7-6(4) win over Andy Murray was just desserts for a player who has only won one title so far in 2012, albeit the biggest of the year at the Australian Open.

On paper, the advantage was definitely in Murray’s favour. Two walkovers – the most significant against Rafael Nadal in the semifinals – meant that Murray had enjoyed just three matches en route to the finals in comparison to Djokovic’s five. Somehow, though, it seemed to play into the world No.1’s hands.

“I came in knowing it’s going to be physical, knowing that I was going to have to play each point and each game in order to win this match,” Djokovic said.

“I won the opening set 6-1 and felt great on the court. Then I had a lot of chances in the three opening games of [the next] where I could break, but I didn’t.

“Luckily for me I came out with some good serving when I needed to – I think I served over 70% of first serves which was really important today.”

The opening exchanges were characterised by magnificent rallies and some fantastic winners. But then Djokovic stepped up a gear. With Murray serving at 2-1 down the Serb fought his way back from 40-0 to deuce. What followed was a monumental struggle for a game that proved to be the turning point in the set. Djokovic earned three break points which Murray defended brilliantly. However, on the fourth the Scot was powerless to prevent Djokovic breaking to lead 3-1.

But Murray wasn’t done, and in the very next game it was his turn to fight back from 40-15 to deuce. Djokovic saved the first break point before brilliantly consolidating his break to move ahead 4-1. It proved to be a decisive hold.

In the next game Djokovic again attacked the Murray serve and when he sealed a second break, the result of the first set seemed a foregone conclusion. A straightforward service game, finished off with a beautiful ace, followed and saw the top seed wrap up the opening set in style.

Going into the second set Murray was forced to fight for every point. If at times the tennis wasn’t pretty, it was compelling viewing as the pair traded unbelievable groundstrokes. Crucially, too, Murray was able to hold on. Despite Djokovic’s best efforts the Scot held again and again, and was slowly starting to get a handle on Djokovic’s serve.

As the set progressed, Murray started to settle. Whereas before Djokovic was holding with ease and threatening the Murray serve, the Scot had turned the tables. However, he couldn’t find a way through. In consecutive games Murray forced Djokovic to defend break points, but the Serb was always up to the task.

The set progressed to a tiebreak and despite the fact Djokovic was 1-4 against Murray in breakers, he was never behind in this one. Some beautiful rallies – including one of the best dropshots you’ll ever see from Murray – kept the world No.4 in the running, but once Djokovic had the mini-break, he retained his iron grip proceedings. He earned two match points at 6-4, but needed only one.

It was a tough, hard fight for both players, but the Serb had done enough to earn his second title of 2012 –  and arguably the biggest non-Grand Slam title of the year.