Murray, Nadal to meet in semifinals

Andy Murray defeated Janko Tipsarevic in three sets in Miami, and will next meet Rafael Nadal in the semis after the Spaniard battled past Jo-Wilfried Tsonga. 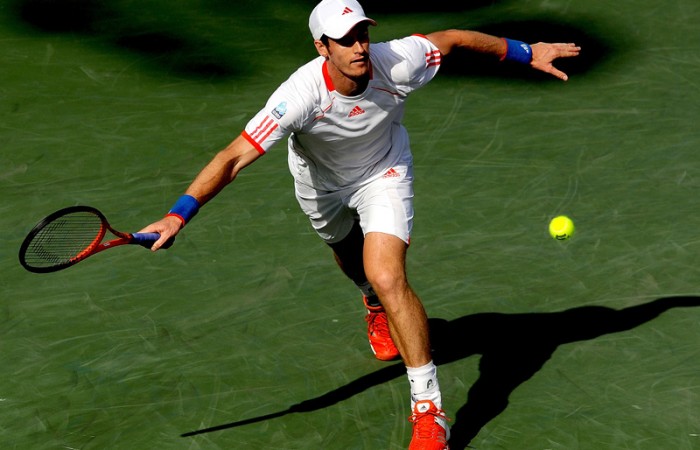 Rafael Nadal set up a mouthwatering semifinal clash with Andy Murray at the Sony Ericsson Open after coming through a tough battle with French sixth seed Jo-Wilfried Tsonga on Wednesday.

The Spanish world No.2, chasing his first tournament win of the season, needed almost three hours to defeat Tsonga 6-2 5-7 6-4 in a quarterfinal night match.

Nadal, 25, struggled at times on his serve, failing to land a single ace, but he managed to save eight of 10 break point opportunities.

He served for the match at 5-4 in the second set but Tsonga dug deep, winning three straight games to force a decider.

Nadal, who has reached the final in Miami three times, broke the Frenchman in the ninth game of the third to lead 5-4 and survived two break points in the final game to progress to the semi-finals.

Earlier, 2009 champion Murray, chasing his second title of the season after a win in Brisbane, rallied to beat Serb ninth seed Janko Tipsarevic 4-6 6-3 6-4.

The Scottish fourth seed lost his opener at Indian Wells earlier this month and he looked as if he could be headed for another early exit when he lost six games in a row.

“I felt like in the first set I was trying to do too much with the ball and therefore making more mistakes than I needed to or that I normally do,” the 24-year-old said.

Murray improved to 5-3 lifetime against Tipsarevic who fell behind 2-4 before winning six straight games — four to win the first set and two more for a 2-0 lead in the second.

Murray rallied, however, to win the second set. He then converted a lone service break in the final set to take the match in two hours, 39 minutes.

Besides winning in Brisbane this year, Murray also finished runner-up to Roger Federer in Dubai and lost a five-set thriller to Novak Djokovic at the Australian Open.