Tennis' heavyweights Novak Djokovic and Rafael Nadal have won through in Miami, joined in the quarters by fellow big guns Andy Murray and Jo-Wilfried Tsonga. 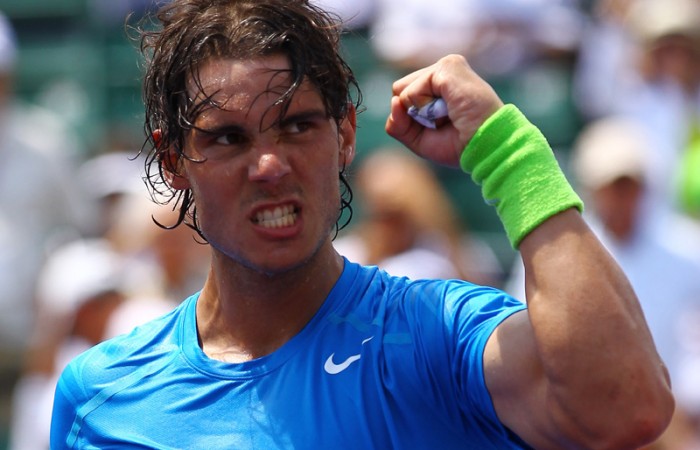 The world’s top two players have advanced to the quarterfinals of the ATP/WTA Miami hardcourt tournament on Tuesday, with both Novak Djokovic and Rafael Nadal posting straight-sets victories.

Nadal, a three-time Miami runner-up who has never lifted the trophy at the $US9.6 million event, will next face French sixth seed Jo-Wilfried Tsonga, who beat German 19th seed Florian Mayer.

Top seed and defending champion Djokovic, winner of the past three grand slam singles crowns, booked a quarterfinal match-up against the winner of a later match between Spanish No.5 seed David Ferrer and Argentina’s 11th seed Juan Martin Del Potro.

Nadal fired eight aces and won 65 per cent of first-serve points while saving six of the eight break points he faced to advance in two hours and 11 minutes, improving to 16-3 on the season.

“The beginning was very tough,” Nadal said. “I started playing more aggressively. At the end of the first set, I felt that I started to win my serves easier than him. I believe that I had more the control of the game.

“In the second set I started well, 3-0. Just 5-3, I didn’t play my best game there and he broke me. Happy to have the break back later and finally win the match.”

Tipsarevic will next face British fourth seed Andy Murray, after the Scot upended French 13th seed Gilles Simon. Next for Fish will be Argentina’s Juan Monaco, who knocked Andy Roddick out of the tournament in straight sets.