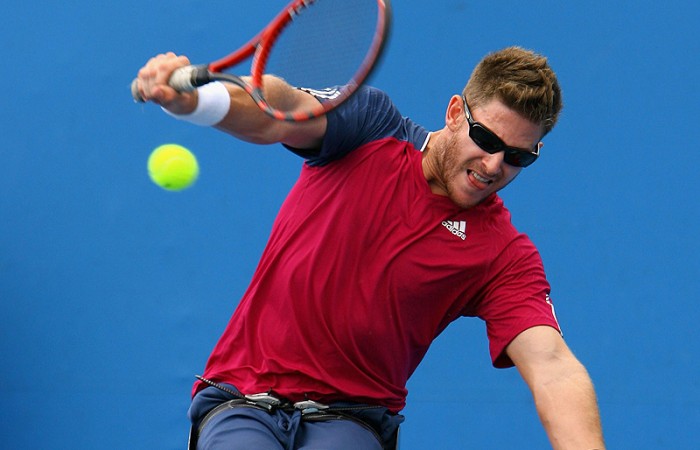 The Wheelchair BNP Paribas World Team Cup will be held in South Korea from 21 to 27 May 2012.

“The Australian team will use the Japan Open (14 May – 19 May 2012) as a warm up for the World Team Cup,” Australian coach, Greg Crump, said. “The Japan Open is also the cut-off tournament for valuable 2012 London Paralympic Games qualifying points.”

The Australian outfit will go into this tournament with some solid performances behind them. During March, Australia’s top ranked player, Weekes, captured the singles title at the New Zealand Wheelchair Open defeating Kellerman, 7-5 6-2,  in the final, and then paired with Kellerman to win the doubles crown over Japanese duo Yoshinobu Fujimoto and Takuya Miki, 6-4 3-6 6-4.

“Keegan Oh Chee will be making his debut in the Australian men’s team… he played in the junior Australian World Team Cup side last year in South Africa,” Crump said. “Keegan has had a 12 great months making the transition from a junior to a senior player.”

Aussie No. 2 Kellerman was also absent from the 2011 Australian Men’s World Team Cup team due to school commitments in the United States.

“Last year the Australian men were relegated to World Group 2, but the current side is determined to win the World Group 2 title and move back into World Group 1,” Crump revealed. “This will give us some great competition moving towards the 2012 London Paralympic Games.”