Fernando Gonzalez, the 2007 Australian Open finalist, has announced his retirement after a three-set defeat to Nicholas Mahut at the Sony Ericsson Open. 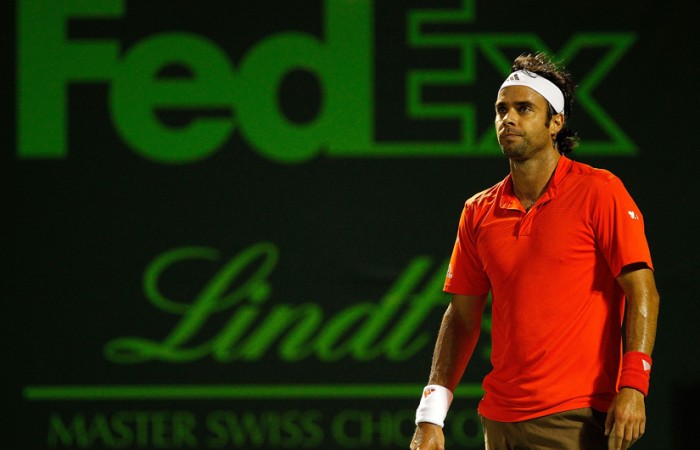 Former Australian Open runner-up Fernando Gonzalez has called time on his tennis career after a three-set first-round loss to Nicolas Mahut in the first round of the Sony Ericsson Open.

The 31-year-old Chilean, who claimed 11 ATP titles and teamed with Nicolas Massu to win Chile’s first-ever Olympic gold medal at the 2004 Athens Games, went out on a double-fault after saving three match points in the final-set tiebreaker.

“I was really tired in the end and I said I don’t want to finish with a double-fault,” said the popular player who reached the 2007 Australian Open final.

“The atmosphere was great. I saved match points, but I felt that it was the end. Nicolas played better in the important moments and I was a little bit tired at the end.”

Gonzalez, whose last ATP trophy came on clay in 2009 at Vina del Mar, has been injured but reached the quarterfinals in February in Buenos Aires, where he lost to Spain’s David Ferrer. He played only eight matches in 2011.

“The past year and a half has been pretty tough for my career. I don’t have the energy to get up in the morning, train like I have to train, travel like I have to travel. And I’ve been doing this for many years,” he said.

“I like tennis, I will be around. I have great memories from tennis. But I wasn’t enjoying as I enjoyed in the past. That’s why I decided to finish my career.”

Throughout his career, Gonzalez beat 11 players who reached world No.1, including Lleyton Hewitt, Andre Agassi, Roger Federer all while they held the top spot.

Apart from his gold medal effort, he also won an Olympic silver medal in singles at the 2008 Beijing Games and bronze in the singles in Athens.

Gonzalez was almost playing at home in Spanish-speaking Miami.

“We’re really far away from Chile and there were a few flags,” he said.

“There was my family here. I had a lot of friends, and I really enjoyed the moment.”