Roger Federer has captured his third consecutive title with a win over local giant-killer John Isner in the final of the BNP Paribas Open at Indian Wells. 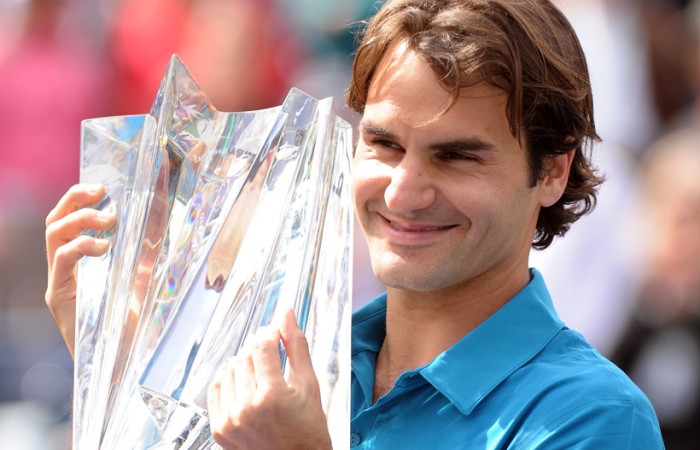 The Swiss star’s fourth Indian Wells trophy is one more than the old mark he had shared with Jimmy Connors and Michael Chang.

Federer has been battling a flu bug all week, but said he was feeling much better after defeating world No.11 Isner.

“Sometimes just have to play a bit sick,” he said. “I am happy to come through at the end. It makes me really happy beating the best. This is a great feeling.”

He clinched Sunday’s contest on the first match point when Isner smacked a forehand into the net.

“It has been a tough week with a lot of players getting sick,” Federer said. “I am happy I survived the early rounds to give myself a chance.”

Federer and Isner held serve in the second set until Federer finally broke the American in the seventh game to take a crucial 4-3 lead. Federer hit a backhand straight at Isner, who tried a drop shot on his backhand but had it hit the net.

Federer won four of five points on his serve in the next game to take a 5-3 lead and then broke Isner again in the final game.

Federer, who earned $US1 million in prize money, also avenged a loss to Isner earlier this year in Davis Cup play.

He has compiled a 22-2 record this season and has now won 15 matches in a row since losing to Isner in Davis Cup. His only losses this year are to Nadal and Isner and he beat both of them in Indian Wells.

Federer has been on a blistering pace this season and is showing no signs of slowing down. He can’t afford to if he is going to catch world No.1 Novak Djokovic.

“For the moment, Novak is the best player,” Federer said. “A lot has to happen for me to come through. I am playing well and I have won six of the last eight events I have played.”

Another goal of Federer’s is winning at the London Olympics, which begin in just over four months.

Asked if he could pick one thing to win this year, he replied, “to win the Olympic gold. Why not, right? But it is going to be lot of hard work.”

Isner’s path to the final included a semifinal upset of Djokovic.

Isner, who was leading the tournament in aces heading into the final, hit just four aces against Federer. He also had one double fault and won just 47 percent of his second serve points.

Isner said when he looks back on the tournament, it was a good experience to reach his first Indian Wells final.

“I certainly played well all week and obviously today it did not go my way,” he said. “I don’t really feel like I necessarily I played my best, but that’s what Roger does.

“I mean, if I have any shot to beat him I’m going to have to play my best. That wasn’t the case today. He was too strong.”