Victoria Azarenka has won her 23rd consecutive match in 2012 with a straight-set victory over world No.2 Maria Sharapova in the BNP Paribas Open final. 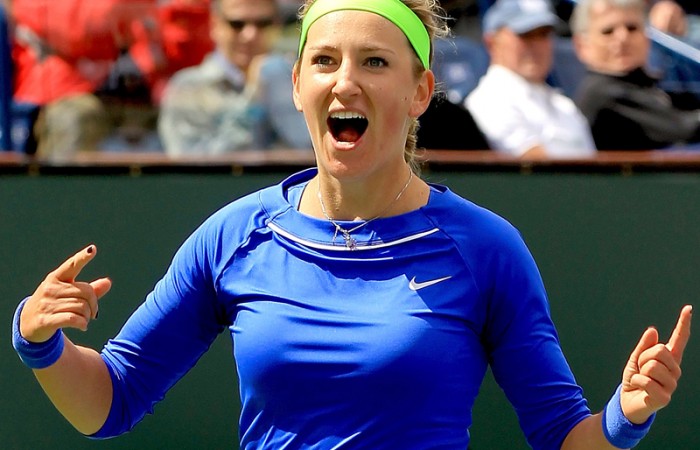 Azarenka has won all 23 matches she has played this year, the best start to a season since Martina Hingis won 37 in a row in 1997.

“I was just trying to do my best because I know Maria is fighting,” Azarenka said. “I always try to stay focused and apply as much pressure as I can.”

Azarenka clinched the crown on her first match point when Sharapova made a stab at a shot but her lob sailed long, ending the 86-minute match.

Earlier at Indian Wells, she passed Serena Williams’s 2003 win streak of 21 straight matches and now has her sights set on catching Hingis.

“I never dreamed about that. It is amazing,” she said of the win streak. “I am so glad I am able to be consistent, disciplined and professional every day.”

Azarenka, one of the hardest hitting players on tour, was competing in her sixth consecutive final.

It is the first time in four years that the world No.1 and the world No.2 have met in the final of a WTA Tour event.

This was her first title in the California desert and follows last year’s disappointment, where she was forced to retire from her quarter-final match against Caroline Wozniacki with an injury. Wozniacki went on to win the title.

Three-time grand slam champion Sharapova has now failed to take a set off Azarenka in the five times she has lost to her, dating back to Moscow in 2007. Sharapova has beaten Azarenka three times, including twice on hardcourts.