In a rematch of the Australian Open final, the world's top two women, Victoria Azarenka and Maria Sharapova, will battle in the final for the Indian Wells crown. 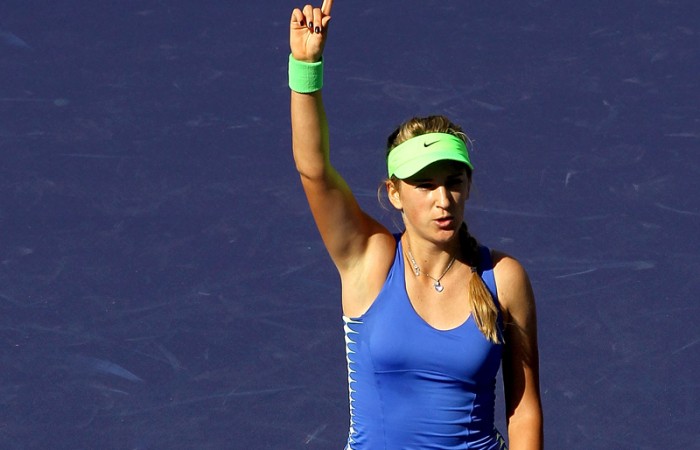 Second seed Maria Sharapova of Russia advanced to the Indian Wells final on Friday when 15th-seeded Serb Ana Ivanovic retired from their semifinal with a hip injury.

Sharapova was leading 6-4 0-1 when Ivanovic decided she couldn’t continue.

In Sunday’s final, Sharapova will face world No.1 Victoria Azarenka of Belarus, who beat Angelique Kerber 6-4 6-3 in the other semi.

The 22-year-old Azarenka defeated the rising German star to extend her season-long match win streak to 22-0.

Reigning Australian Open champion Azarenka has three titles already this year and has reached the final of her past six tournaments.

“I am so excited because this is the first time for me to be in the final. I love to play here,” Azarenka said.

Azarenka’s win streak is the longest on the WTA Tour since 1997, when Martina Hingis won 37 in a row.

Azarenka pulled out of last year’s Indian Wells tournament after getting injured during her quarterfinal against Caroline Wozniacki.

She suffered the hip injury just 10 minutes into the match on the second point of the third game while stretching to try to return a shot.

Friday’s night match on centre court was played in cooler and windy conditions as forecasters are predicting rain showers on Saturday when the men are scheduled to play their semifinals.

“It made it a little more interesting,” Azarenka said of the wind.

“A little adversity and a challenge for us.”

Azarenka, who won 70 per cent of her first-serve points, needed 88 minutes to beat Kerber.

She broke Kerber’s serve in the final game of the match and, on match point, Azarenka hammered a crosscourt forehand that Kerber returned long.

Kerber had five double faults, held her serve just four times and was broken six times in the match.

“I had some chances,” Kerber said. “I didn’t get it done. But she’s a great player and she plays very good in these moments.

“I did everything I could today. But she was better.”