Kvitova bundled out in California

Wimbledon champion Petra Kvitova has become the biggest name to fall in the women's draw at Indian Wells, losing to American Christina McHale. 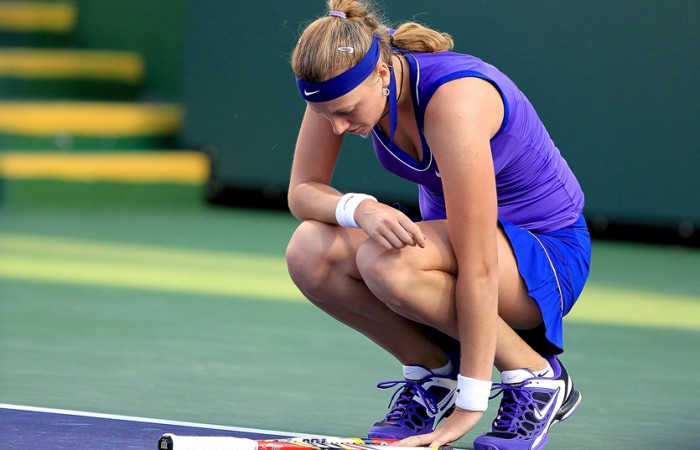 Reigning Wimbledon champion and WTA player of the year Petra Kvitova has been upset by Christina McHale 2-6 6-2 6-3 at the ATP/WTA Indian Wells tournament on Sunday.

It looked like the third seeded Kvitova might be headed for a routine victory in their first career meeting when she broke McHale twice in winning the first set in 34 minutes.

But the 32nd seed McHale broke Kvitova twice in each of the final two sets, finishing the almost two hour match with six aces and a 66 per cent winning percentage on her first-serve points.

In the eighth game of the final set, Kvitova double faulted on the final two points, handing the game to McHale and making it 5-3.

Serving for the match, McHale won all four points in the final game and took victory with a backhand slice winner that Kvitova was unable to reach.

“This is definitely one of my biggest wins,” said McHale, who won the WTA newcomer of the year award in 2010.

“I couldn’t get a read on her serve in the first set and I wasn’t moving very well.

World No.3 Kvitova claimed a WTA-leading six titles last year but has yet to win one in 2012.

The 22-year-old from Fulnek was forced to withdraw earlier this year from tournaments in Doha (Achilles injury) and Dubai (illness).