Roger Federer has won his fifth title from his past seven tournaments with a win over Andy Murray in the ATP Dubai Tennis Championships final. 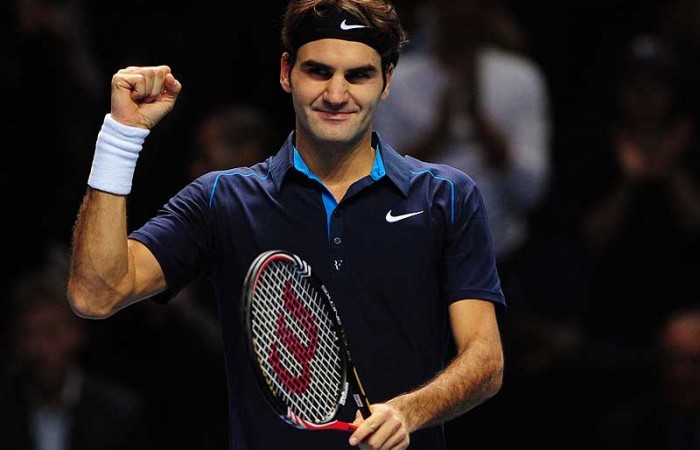 Roger Federer claimed a record fifth career title at the Dubai Championships on Sunday with a tennis command performance in front of emirate royalty, producing a 7-5 6-4 defeat of Andy Murray in the final.

The success in just over 90 minutes gave the world number three his 72nd trophy from 102 finals played.

He has now won five of his past seven tournaments on the ATP Tour, dating back to his indoor triumph at home in Basel last November.

Federer lifted Dubai honours a fortnight after winning Rotterdam over Juan Del Potro, whom he also defeated in the Dubai semis.

“It’s been a beautiful week for me,” said Federer, who has won at least one ATP title for 12 straight years, the best among active players. “It was a tough final.

“I’m happy it went so well, winning really does solve everything.”

“It’s very special to win again here. I’ve had a great start to 2012 and a great finish to last season.”

The 30-year-old Swiss ended a five-year wait for another title at his training home in the desert emirate. He improved to 7-8 versus Murray, whom he has now beaten in their last two meetings.

Federer won the opening set in 50 minutes, with a break in the penultimate game, Murray came back from a set and a break down in the second set, breaking Federer as the Swiss got a bit too cute with a drop shot and paid the price as he lost serve after going up a break for 2-1.

Murray’s level scoreline at 3-3 did not last through, as the third seed lost serve again in the ninth game to trail 4-5 and put Federer into winning position.

The Swiss served it out on a second match point, a driving forehand winner.

“I played well on the big points. The best of three sets can go quickly and there was a bit of a breeze out there also,” said Federer. “I’m happy and excited, I played well this week.”

Federer has now won nine matches since his upset loss in Davis Cup to John Isner and stands an impressive 33-4 in Dubai.

In addition to his five titles – the last achieved in 2007 – he finished runner-up in 2005 and last year to Novak Djokovic, whom Murray beat in the semi-finals.

Federer heads to Monday’s exhibition in New York and afterwards to the first Masters 100 of the season in Indian Wells, having won 33 of his past 35 matches.