Roger Federer will meet Andy Murray in the title match of the ATP Dubai event, after the Scot handed Novak Djokovic his first defeat of 2012. 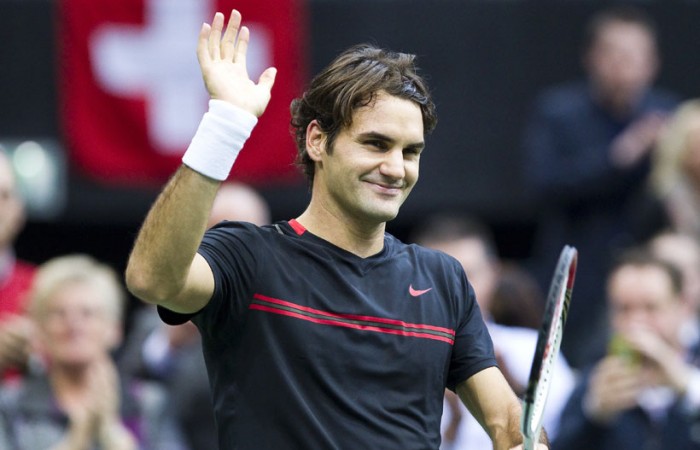 Andy Murray defeated world number one Novak Djokovic 6-2 7-5 to reach the final of the ATP Tour’s Dubai Open on Friday and will meet Roger Federer in Saturday’s title match.

It was Djokovic’s first defeat of the season after picking up his fifth Grand Slam title at the Australian Open where he had beaten Murray in a thrilling five-set semifinal.

Saturday’s match will be Federer’s 102nd career final where he will also get the chance of extending his record of Dubai Open titles to five at his second home.

Federer scored his third win this year over the dangerous Del Potro, who returned to the world’s top 10 last month for the first time since wrist surgery in 2010 consigned him to a ranking close to 500.

But it required Federer to make a fine comeback in the second set tie-break, in which he was 2-6 down with four set points against him before producing a wonderful six-point streak to close the match out.

“I hung in there and I thought I played a good match,” said Federer. “He almost pulled the first set ‘breaker back from 2-6, and there was little between us tonight. I just fought well and got a little lucky.

“It’s good to see Juan back and it’s good to be in another final. It’s also nice to play again against Andy as I don’t think we played at all last year.”

The earlier semi-final was an unpredictable match, with two or three surprising twists and turns, and with Djokovic attacking the net far more than usual, but Murray the better server and more consistent player.

“It’s obviously great any time you beat the world number one,” Murray said. “I just tried to do some of the same things I did in Australia.

“I was very close there against one of the greatest players ever, and today I did what I needed to – even though it nearly got away from me at the end.”

Djokovic said he had simply lost to the better player on the day.

“But generally I feel good, physically, mentally, you know. It’s just the start of the season. You know, there are some 1000 events (Indian Wells and Miami) coming up which are really important, and I need to get ready.”