Andy Murray ended a three-match losing streak against Tomas Berdych to reach the semifinals of the ATP event in Dubai, where he will face Novak Djokovic. 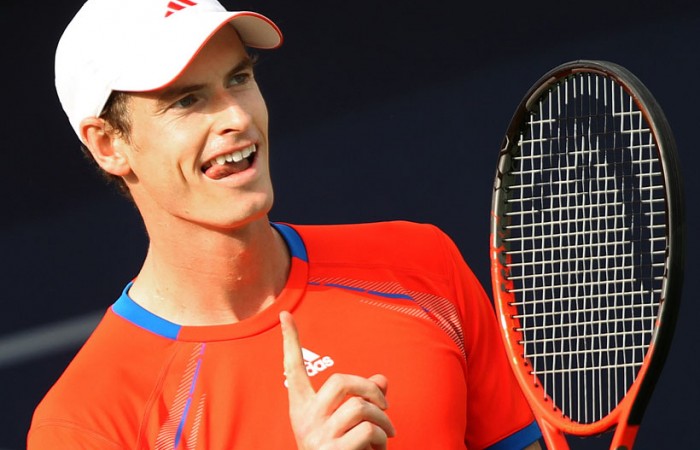 Roger Federer will face Juan Martin del Potro in the other semi at Aviation Club.

The top-ranked Djokovic, gunning for his fourth Dubai title in a row, broke the seventh-seeded Tipsarevic twice and closed out the first set when his opponent returned long. Tipsarevic came to life in the second set, holding his serve throughout and taking a 4-1 lead in the tiebreaker. Tipsarevic missed a set point at 6-5 when he double-faulted, and Djokovic won the next two points.

“It’s always difficult I guess for both of us. We know each other really well,” Djokovic said. “We both got a little bit nervous toward the end, I guess, and it was just luck to prevail.”

Tipsarevic admitted nerves got the better of him in the second-set tiebreaker, but not because he was facing a friend.

“It would have happened against anyone. Normally you’re trying your best on this point. It’s just that I tried too much for no reason.”

Murray had lost his past three matches against Berdych but broke early to take control of the first set.

In the second, the players twice traded breaks of serve. Murray broke to go up 6-5 but squandered six match points before clinching it when Berdych hit long.

“I played three great serves to bring it to 40-Love and then missed a few first serves in a row and he went for some big shots. Then once you’re back at deuce you’re thinking, God, I’ve just blown three match points. So you kind of just want to try get through it if you can.”

Berdych had a chance to break to take the second set to a tiebreaker. Murray delivered a serve that was initially called out but overturned on review. Umpire Mohammed Lahyani gave the point to Murray, leaving Berdych angry because he felt the point should have been replayed.

Lahyani argued that Berdych had already played his return into the net when the call came.

“When the point end up like this, actually this is something you don’t expect at all,” Berdych said. “You just trying to be focus on the game and go point by point, and then something like that came and you know you are right. What you can do?”

Murray said he was looking forward to his semifinal clash against Djokovic.

“Before the Indian Wells-Miami stretch it would be good to see exactly what I need to work on, where my game is. I had a great match with him in Australia, and hopefully I can reverse the result tomorrow.”

Federer, who is looking for his fifth Dubai title, made easy work of Youzhny, beating him for the 12th straight time.

With his serve working as well as it has all week, the second-seeded Federer again won without losing a set.

“I thought, again, on my serve I was doing many of the right things,” said Federer, who had five aces and won 80 per cent of the points on his second serve.