Casey Dellacqua's run at the WTA event in Malaysia has ended in the second round at the hands of Taiwanese qualifier Su-Wei Hsieh. 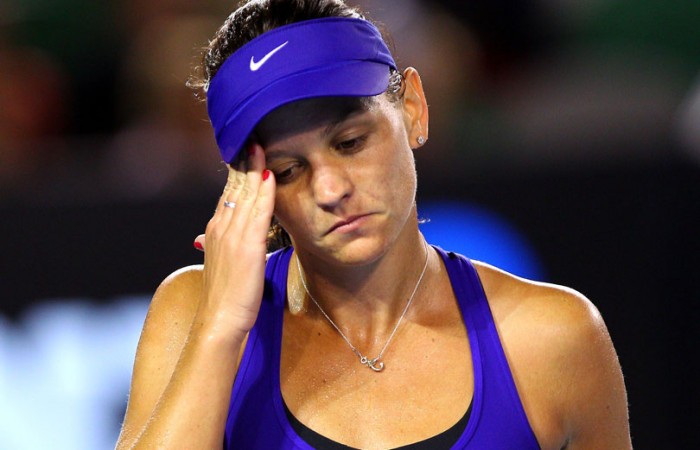 Hsieh said she was a little surprised at the ease of her victory as she was suffering from jetlag after arriving in Malaysia from Dubai early Sunday.

“I didn’t have much sleep the last two days and in fact took advantage of the three-hour rain delay to get some much needed rest,” Hsieh said.

“My body still adjusting, and I’m just happy to get to the quarter-finals.”

Dellacqua ranks 107th in the world, while Hsieh is 123rd in world rankings.

Meanwhile, world number five and top seed Agnieszka Radwanska will have to wait another day to finish her first round match after rain again stopped play on Wednesday.

The Polish player, who won in Dubai last week, was leading Akgul Amanmuradova of Uzbekistan 6-2 3-3 when rain interrupted play. The match had failed to get under way on Tuesday due to heavy rain and lightning.