Playing in his first match since winning the Australian Open, Novak Djokovic reached the second round in Dubai with a comfortable straight-set win. 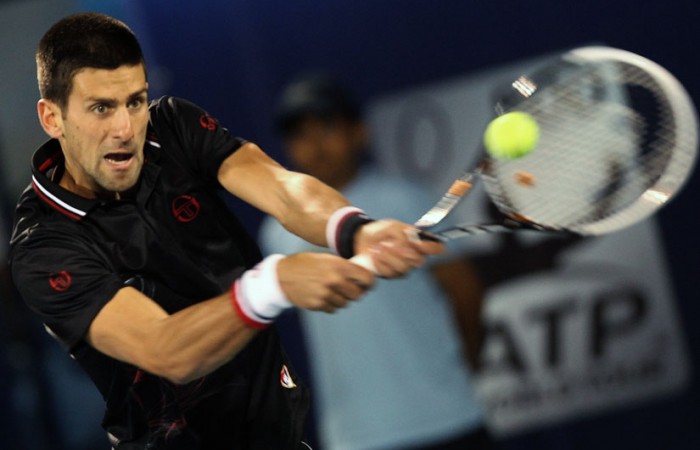 Novak Djokovic shook off the rust to beat Cedrik-Marcel Stebe 6-4 6-2 and reach the second round of the Dubai Championships on Monday in his first match since winning the Australian Open.

The top-ranked Serb has not played a match in nearly four weeks and it showed.

He broke the German to go up 1-0 but had to save two break points in the fourth game. Stebe pushed the set to 5-4 and deuce before Djokovic hit his first ace and another good serve which the German returned long.

Djokovic had an easier second set, breaking twice. He won the match with his third ace of the match and another serve that Stebe couldn’t return.

Djokovic, going for a fourth consecutive Dubai title, is 8-0 this year.

It wasn’t all good news for Djokovic however, with his younger brother suffering a straight sets defeat.

Twenty-year-old Marko Djokovic lost his first-round match to Andrey Golubev of Kazakhstan 6-3 6-2. The world No.869 had been granted a wildcard into the tournament.

Fish broke Beck twice in the first set to lead 4-0. In the second, he broke three times before closing the match in 57 minutes.

“Obviously it’s nice to get through quickly early in the tournaments, but it gets tough from here on out, for sure,” Fish said. ” I’ve never played him before. I assume he’s played better matches, for sure. But these courts suit me very well.”

Fish replaced Andy Roddick as the highest-ranked American player last year, and he acknowledged the burden of that role weighed heavily last week at the Open 13.

“It certainly is different than in the past being the third or fourth or 10th American at times,” he said.

Fish isn’t happy about his 3-2 start to 2012 but relished his Davis Cup experience.

“I haven’t had the best start to the year individually, but I must say the Davis Cup in Switzerland certainly made up for the disappointment in Australia. There’s no doubt about that,” he said. “Winning that tie and being a part of that with the guys, with captain (Jim) Courier, certainly doesn’t feel like a bad start.”