Jelena Dokic and Olivia Rogowska have set up a second round clash at the WTA Malaysian Open after both won their opening matches in straight sets. 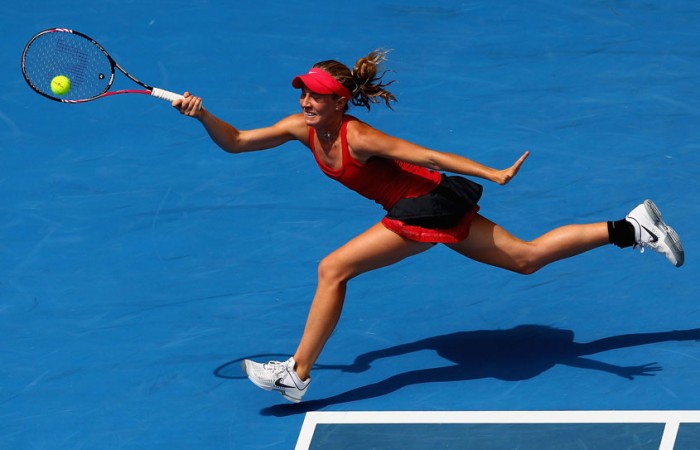 Australian duo Jelena Dokic and Olivia Rogowska moved into the second round of the Malaysian Open on Monday, both claiming straight sets victories.

Seventh-seed Dokic, the defending champion, defeated France’s Kristina Mladenovic 6-3 6-1, while Rogowska downed Elitsa Kostova of Bulgaria 6-4 6-0. The pair will now meet in the second round.

The win was especially encouraging for Dokic, as it broke a three-match losing streak and provided her with her first win in almost a month. Having lost in the second round of the Australian Open to Marion Bartoli, Dokic was then beaten in the first round at WTA events in Bogota and Monterrey.

Rogowska has entered the WTA event in Kuala Lumpur at a career-high ranking of No.127, having also reached the second round at the Australian Open before going on to win the Pro Tour event in Burnie and reach the final at the Sydney Pro Tour tournament.

Although they have never before met in a professionally-sanctioned match, Dokic and Rogowska most recently met at the Australian Open 2011 Wildcard Play-off final in December 2010, with Rogowska recovering from a set down and match points to record a 1-6 7-6(3) 6-3 win.